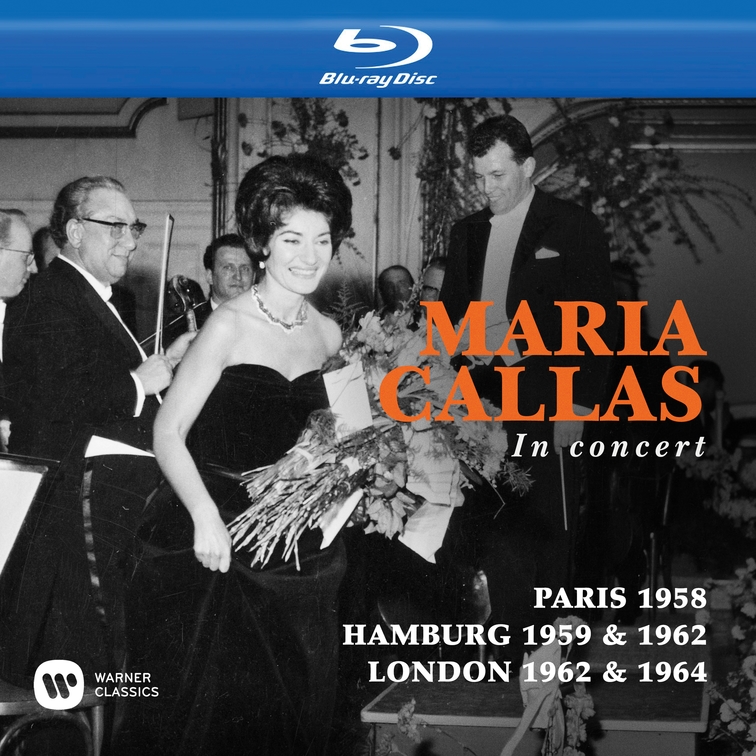 Toujours (Paris 1958) - Callas made her belated Paris debut with this concert at the sumptuous Paris Opéra – now known as the Palais Garnier – in 1958. It was a major social event, attended by le tout Paris, and Callas appeared on the famous stage wearing her most elegant couture

Toujours (Paris 1958) - Callas made her belated Paris debut with this concert at the sumptuous Paris Opéra – now known as the Palais Garnier – in 1958. It was a major social event, attended by le tout Paris, and Callas appeared on the famous stage wearing her most elegant couture and a million dollars’ worth of jewellery. She opened with Norma’s ‘Casta diva’, which was followed by Leonora’s plaintive aria and the gripping ‘Miserere’ from Act IV of Il trovatore, before she lightened the mood with ‘Una voce poco fa’ from Il barbiere di Siviglia. The second half of the evening offered a staged version of Act II of Tosca, for which Callas was joined by her familiar and brilliant sparring partner, Tito Gobbi, as Scarpia and the Australian-born tenor Albert Lance as Cavaradossi, The conductor was Georges Sébastian. Paris became the last city in which Callas appeared in a new operatic production (Norma, 1965) and she died, aged just 53, in her apartment in its elegant 16th arrondissement in 1977.

Callas in Concert (Hamburg 1959 & 1962) - Callas’s only operatic appearances in Germany were Lucia di Lammermoor, with Karajan conducting, in Berlin in 1955, and La sonnambula in Cologne in 1957, but in both 1959 and 1962 she made concert tours of the country, visiting Hamburg twice. The video recordings of her concerts in the city showcase her in a dazzling variety of Italian and French repertoire for both soprano and mezzo-soprano: three contrasting Verdi roles (Lady Macbeth, Elvira from Ernani and Elisabetta from Don Carlo); Imogene from Bellini’s Il pirata; Giulia from La vestale; Chimène from Massenet’s Le Cid; Verdi’s most explosively dramatic aria for mezzo-soprano – Eboli’s ‘On don fatale’ from Don Carlo; Carmen’s seductive Habanera and Seguédille and, from Rossini’s La Cenerentola, Angelina’s final rondo, which magically combines modest charm and sparkling virtuosity.

Callas at Covent Garden (London 1962 & 1964) - Callas first appeared at London’s Royal Opera House, Covent Garden in 1952, as Norma. It became the scene for her last-ever operatic appearance: in June 1965, in a Zeffirelli production of Tosca that had been mounted for her the previous year. This Blu-ray disc includes Act 2 of that production, recorded in February 1964. Callas is joined by that Scarpia of Scarpias, Tito Gobbi, and, as Cavaradossi, the dynamic tenor Renato Cioni. The conductor is Carlo Felice Cilliario. This disc also contains extracts from a gala concert given two years earlier at Covent Garden. Callas performs Elisabetta’s magnificent Act V aria from Don Carlo (recalling a role she sang at La Scala in 1955) and the Habanera and Seguédille from Carmen, evoking one of the great might-have-beens of operatic history, since she never sang the entire role of Carmen on stage.