Pablo (or Pau) Casals was born in December 1876 in El Vendrell, Catalonia, where his father was the local organist and choirmaster. Carlos taught his son to sing, to play the piano and organ and to compose. At six the boy heard an itinerant Catalan musician play a home-made cello. He asked his fa

Pablo (or Pau) Casals was born in December 1876 in El Vendrell, Catalonia, where his father was the local organist and choirmaster. Carlos taught his son to sing, to play the piano and organ and to compose. At six the boy heard an itinerant Catalan musician play a home-made cello. He asked his father to build him one and would always treasure that first ‘cello, which had a gourd for a sound box. At the age of 11 he heard a real cello and knew that it was his destiny to play such an instrument. His father bought him one and gave him lessons. Subsequently, he entered the Municipal School of Music in Barcelona, where he rejected the old-fashioned stiff-arm way of playing. While moonlighting in a café trio, he was heard by Albéniz, who helped him to move to Madrid to study at the conservatoire. He made his Madrid orchestral debut in the Lalo Concerto, which in 1899 he also played at the Crystal Palace in London and at the Lamoureux Concerts in Paris. He toured America in 1901 and in 1905 went to live in Paris where, with Alfred Cortot and Jacques Thibaud, he established a trio that would last until 1934.

For more than three decades Casals toured the world as a leading cello soloist. He was single-handedly responsible for bringing Bach’s solo suites out of obscurity, and he performed a wide, if conservative, repertoire. When he returned to Barcelona from Paris in 1919, he recognised the need for a local symphony orchestra. In setting up the Orquesta Pau Casals, he risked his own hard-earned fees by subsidising it for the first decade of its existence. The orchestra made its debut in October 1920 and, despite his lack of conducting experience, Casals made a success of the enterprise. In 1931 he directed the orchestra in a Barcelona performance of Beethoven’s Ninth Symphony to mark the birth of the Spanish Republic. But the civil war and the triumph of the Fascists tore his life and his career asunder. A man of principle, who would not appear in Hitler’s Germany, Casals was implacably opposed to Franco’s regime and in 1936, threatened with death if he returned to Spain, exiled himself to southern France. After the Second World War, alarmed at Britain and America’s acquiescence in Franco’s regime, he abruptly ceased playing in public. But from 1950, American admirers organised a festival around him in Prades, his adopted home in the French Pyrenees and Casals flourished again as chamber musician, teacher, conductor and musical philosopher. In 1956 he emigrated to his mother’s native Puerto Rico, from where he emerged to perform in 1958 at the United Nations and in 1961 at the White House. He died in Puerto Rico in October 1973, aged 96. 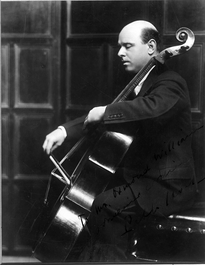 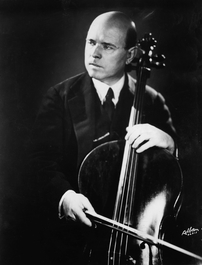 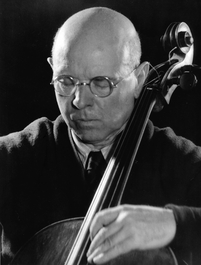 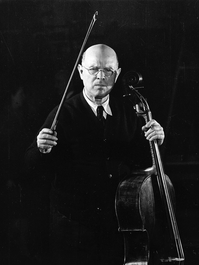