the classical star is a mesmerisingly musical jazz lover”

A love of jazz has featured prominently in Nigel Kennedy’s career. Classical music’s most successful performer of all-time grew up listening to his stepfather’s jazz records, picking out Fats Waller tunes on the piano. By the age of 16, leading jazz violinist Stéphane Grappelli had invited the boy prodigy to appear with him at New York’s Carnegie Hall, and yet the vast majority of Kennedy’s recorded output has been in the classical and rock genres. Until now, that is, with Kennedy making an exciting foray into the songbook of beloved American composer Gershwin with a mesmerising new album: his first album on Warner Classics since 2010, having shot to international stardom with his record-breaking 1989 Vivaldi Four Seasons on EMI Classics (now Warner Classics).

Such timeless standards as Summertime, Rhapsody In (Claret &) Blue, They Can’t Take That Away From Me and Porgy and Bess have been re-imagined with Kennedy’s inimitable style and verve. The result is Kennedy Meets Gershwin, an assured and joyful exploration of Gershwin’s timeless compositions, given new life in these arrangements by classical music’s most unique and prodigious talent. Kennedy’s jazz-influenced album, released to coincide with the 120th anniversary of Gershwin’s birth, showcases the remarkable skill of a violinist much loved by the classical and jazz worlds.

The recording finds the virtuoso in full creative mood; his renditions are by turns sensitive and reflective, bouncy and soaring, vibrant and skillful (and in addition to violin, Kennedy plays the piano for the first time on record). All roads lead back to Kennedy’s upbringing and a youthful sojourn to New York City, where he studied formally at the Juilliard School by day – and informally at jazz clubs by night.

Kennedy said: ‘For me Gershwin’s work is epitomised by three main ingredients: the fusion of jazz and classical music, the beautiful melodic influences of Jewish culture and the unique energy of New York City. This music fits my nature, skill set and experiences so well!’

He adds that his fondness for Gershwin stems back to his formative years. “I had inadvertently heard those songs many times and loved them during my school days’ apprenticeship with Stéphane Grappelli.  I recall playing ‘Lady Be Good’ with Grappelli at Ronnie Scott’s when I was around 14. The songs of George and Ira Gershwin have so much pathos, charm, flavour and craft that it has been a joy to record those masterpieces. In his orchestral works such as Rhapsody in Blue, operas such as Porgy and Bess, songs and Broadway musicals, George Gershwin combined classical, jazz and popular music like no other composer.”

Perhaps Kennedy Meets Gershwin is a record that has been waiting to be made. The violinist’s two great mentors – Yehudi Menuhin and Stéphane Grappelli – both recorded Gershwin and were avowed enthusiasts, with the jazz connection between Grappelli and Gershwin of particular note.

Alain Lanceron, President of Warner Classics, said: “It’s always a pleasure to reconnect with old friends. This is certainly the case with Nigel Kennedy, a legendary artist with whom I’ve shared many unforgettable musical moments in our EMI years. I’m particularly thrilled to add to his Warner Classics catalogue this new Gershwin album which shows the depth and breadth of his artistry. Welcome back, man!‎”

Concerts in support of Kennedy Meets Gershwin will include Cheltenham’s Jazz Festival (3 May), Manchester’s Bridgewater Hall (15 May), Cambridge’s Corn Exchange (16 May), London’s Royal Festival Hall (19 May) and the BBC Biggest Weekend (25-28 May) broadcast on BBC TV, radio and online. The concerts will feature an ensemble of two guitarists, cello and bass, including the legendary US guitarist Howard Alden, known as composer of the soundtrack of Woody Allen’s Sweet and Lowdown.

Classic FM has published its guide to the 25 Greatest Violinists of All Time, from Vivaldi to the legendary recording artists of the early 20th century, and today's stars.

The list would have been unthinkable without Yehudi Menuhin, one of the most prolific and beloved violinists of the recording age, whose centenary we celebrate in 2016 with The Menuhin Century edition, the most comprehensive collection documenting his 70-year recording legacy with EMI Classics (now Warner Classics), including milestone recordings of Elgar's Violin Concerto with the composer himself conducting the teenage violinist; the premiere of the Sonata for Solo Violin written for Menuhin by Bartók, the pioneering West Meets East album with Ravi Shankar, and unforgettable moments in history such as the Marseillaise performed at the Opéra de Paris after the liberation of Paris in 1944.

Also included in the world's Top 25 Violinists is British virtuoso Nigel Kennedy, a pupil at the Menuhin School who recorded the famed Vivaldi Four Seasons that has held the Guinness World Record for best-selling classical album of all time.

See the full list of Classic FM's Top 25 Violinists of All Time here.

Vote for your favourite classical artists - past and present - in the 2016 shortlist for the Gramophone Hall of Fame.

Voting closes on 11 April 2016, and only ten artists will be selected to join the Gramophone Hall of Fame.

In 1989, a spiky-haired, loud-mouthed lad from Brighton, seemingly the antithesis of all classical music stood for, swaggered in from the Yehudi Menuhin School and recorded Vivaldi's The Four Seasons. His vibrant, edge-of-your-seat playing and fresh approach ensured the disc entered the Guiness Book of Records as the best-selling classical album of all time. As Classic FM presenter John Brunning recently opined, "Nigel Kennedy changed classical music forever."

Twenty-five years later, Kennedy's performance remains a benchmark. And it's now available in a deluxe anniversary edition: the original best-selling album along with the award-winning filmed performance on DVD.

A trip in time: Nigel Kennedy and Vivaldi's Four Seasons 25 years on

It was a phenomenon waiting to happen. Nigel Kennedy’s recording of Vivaldi’s The Four Seasons sold over three million copies around the world. It topped the UK classical chart for over a year and entered the Guinness Book of Records as the best-selling classical recording ever. And now this legendary album is available in a 25th Anniversary Special Edition with the original ground-breaking recording, the award-winning film on DVD, images, memorabilia and more.

The year was 1989 and the world was in a state of flux. Ayatollah Khomeini died, George Bush Snr succeeded Ronald Reagan as the 41st President of the United States and the Chinese government declared martial law in Beijing after students refused to budge from Tiananmen Square. The classical music industry came to terms with life after Herbert von Karajan. His death on 16 July 1989 marked the passing from the world of maestros to that of megastars.

Pundits had predicted a classical music boom, courtesy of the new digital sound carrier, the compact disc, but no one could foresee a world in which Three Tenors, glamorous violinists and Welsh mezzo-sopranos would dominate the pop charts. And then there was Nigel Kennedy, a pupil of the Yehudi Menuhin School whose star was about to rise.

Producer Andrew Keener recalls the atmosphere during the Vivaldi recording dataes: "Floppy hair for the 1984 Elgar Concerto sessions, spiky and gelled for Vivaldi two years later. The trademark yee-haw footstamp, already part of Nigel’s Vivaldi roadshow was, however, yet to make its recorded debut – for which the engineer Mike Clements and I breathed a soft prayer of thanks. Nevertheless there were fireworks. At Nigel’s request, we returned to the un-soundproofed St John-at-Hackney one evening some months after the original sessions to record his new thoughts on the slow movements, and industrial-strength bangers and Catherine wheels in a nearby park vied with Nigel’s sul ponticello and distant dive-bomber effects."

Wider fame arrived with a concert in aid of The Prince’s Trust in July 1989 attended by Prince Charles and Princess Diana. After the concert, the BBC Radio 1 presenter Annie Nightingale introduced Nigel to the attending Royals and asked if Nigel should teach the violin to William and Harry. Diana smiled. "I wouldn’t let you within a million miles of them." Nigel, unperturbed, replied: "Shocking, your Royal Monstrette."

A month later, the EMI recording of The Four Seasons was released on LP, cassette and CD. The form of Vivaldi’s concerto cycle – twelve movements in short three-minute bursts – was ideal for commercial radio. It was the first time that pop marketing techniques had been used on a classical release. A single (of Summer) was released, huge street posters pasted up, and 30-second ads ran on radio and (unusually for classical music) TV.

After one week, the album shot to No.1 in the UK classical chart. Of more commercial value, it punctured the Top 75 pop album chart. The subsequent film of The Four Seasons and its TV broadcast in the Christmas break pulled the album towards the Top 30, and it eventually peaked at No.3. It was reported that two copies were purchased every minute. A sell-out tour across the UK gave audiences the first chance to see Nigel in person accompanied by the English Chamber Orchestra. These were no ordinary classical concerts. Nigel spoke to a younger audience, engaged them in the music and then, he’d close his eyes and play.

Nigel’s combination of genius, cheek, novelty, energy and fun travelled well. He bucked the system. Sometimes juvenile, even stubborn and difficult, he was always engaging and challenging. He was, and still is, a musician happy with Elgar and Zappa, Miles Davis and Match of the Day. Like Fritz Kreisler before him, Nigel brought an enjoyment of classical music to all, not just the elite.

In April 1990, Nigel came to the end of a triumphant UK tour with a concert at the Royal Albert Hall. He spoke to the audience: "Hey, just like to say thanks, you know, for making it such a great evening, all you cats and these monsters are the best and it’s been great doing the tour, so thank you all. And who else can I thank? Mum, thanks for letting me out of your womb. Like, who else?...EMI, thanks for getting the record out to the monsters and thanks whoever bought it because you’re helping us do something with music which shouldn’t be allowed. Thanks a lot." 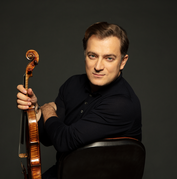 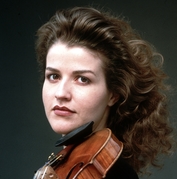 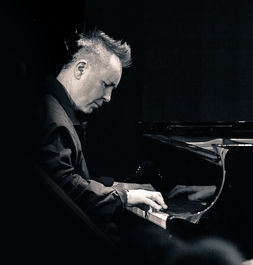 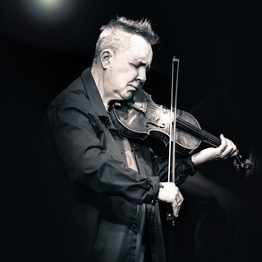 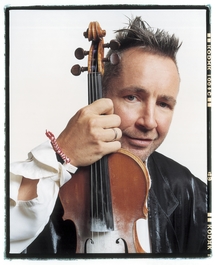 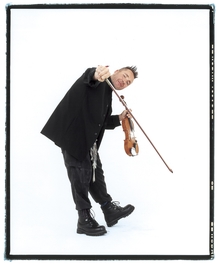 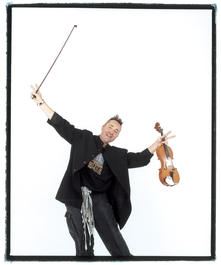 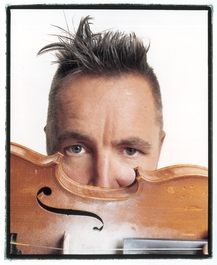 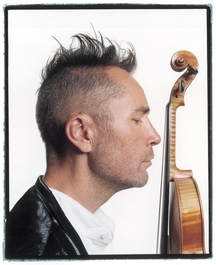 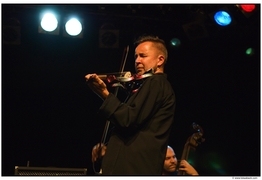 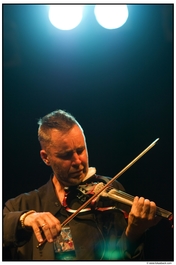 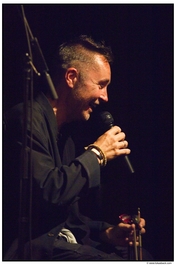 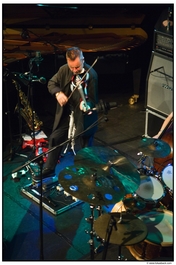 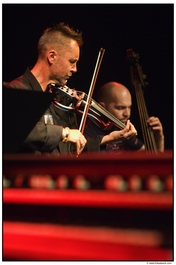 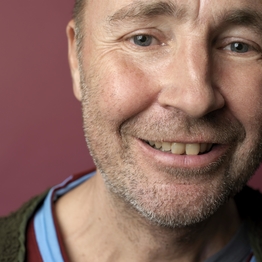 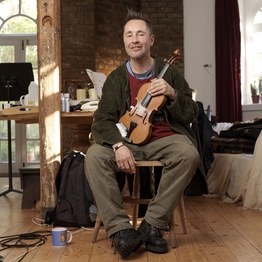 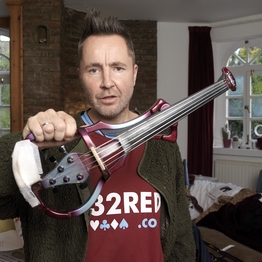 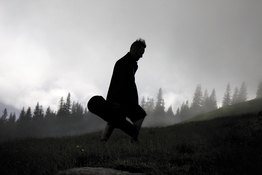 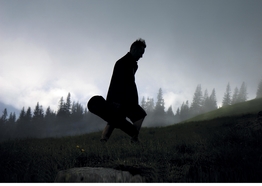 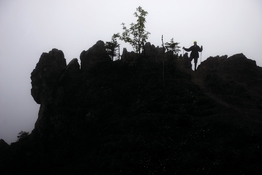