When these three composers were born (Dvořák in 1841, Janáček in 1854 and Suk in 1874), the Czech lands – known as the Bohemian Kingdom – were part of the Austro-Hungarian Empire. The end of World War I in 1918 saw the emergence of the Czechoslovak Republic. Bohemia itself, where Prague is situated, is one of the three principal regions of the modern-day Czech Republic. The other two are Moravia – Janáček made his home in its capital, Brno – and Czech Silesia.

As Augustin Hadelich explains: “During the second half of the 19th century many non-German composers were taking a special interest in creating their own ‘national’ styles by drawing on the languages, stories, landscapes and folk music of their homelands. Each of these three composers was a unique contributor to the history and scope of Czech classical music.”

Dvořák’s violin concerto, though not a landmark of the repertoire like his epic cello concerto, is a characteristically engaging and warm-hearted work. “When Dvořák wrote it in 1879,” explains Hadelich, “he was certainly influenced by Johannes Brahms, who had written a concerto himself the year before, but the layout of its first two movements more closely follows the blueprint of the first violin concerto by Max Bruch. The passionate first movement starts with free, improvisatory passages for the soloist that establish the protagonist of the story … The lyrical and expansive slow movement forms the heart of the concerto, while the last movement is a spirited furiant dance with a dumka interlude [in other words, contrasting and melancholy]. Throughout the work, Dvořák's characteristic Czech harmonies, lyricism and references to folk music create a soulful depth ... I knew from the first rehearsal with the Bavarian Radio Orchestra and Jakub Hrůša, that I had found the ideal collaborators for this work. During the five years prior to the concerts and recording of this album, Jakub and I performed this piece together a number of times with different orchestras. He is a highly sensitive musician with an intrinsic sense of the rhythms and characters of this music.”

When Hrůša conducted Hadelich in a performance of the concerto with the New York Philharmonic in 2017, the New York Times wrote: “Mr Hadelich increasingly seems to be one of the outstanding violinists of his generation … His lustrous sound and tenderness were ideal for the pensive passages of the slow movement. In the finale … Mr Hadelich and the orchestra conveyed the music’s rousing energy, while somehow maintaining a breezy lilt.” Later the same year, Hadelich performed the Dvořák concerto in Edinburgh. Bachtrack described “a solo line of operatic intensity and Elysian beauty, pouring down lyricism from heights that you seldom associate with this concerto ... sweeping in its intensity but touching in its simplicity.”

The three short works by Dvořák that Hadelich plays with pianist Charles Owen – with whom he has been collaborating for 10 years – are the captivating Humoresque, the touching ‘Songs My Mother Taught Me’, and, in Hadelich’s view, “one of Dvořák's great masterworks”: the last of the composer’s four Romantic Pieces, written eight years after the concerto. “A lamenting figuration is repeated throughout the whole piece, as it goes through different stages of grief … The violin reacts emotionally to the modulations in the piano part, going from sobbing quietly to wailing; from desperation to acceptance; from struggling against grief to quiet resignation.”

Josef Suk is closely connected with Dvořák, who started off as his teacher and became his father-in-law. “His Four Pieces were written in 1900, with the first (‘Quasi Ballada’) being the most modern of the four,” recounts Hadelich. “The instability of the harmony creates a mood of uncertainty, searching for resolution. The second piece (‘Appassionato’) is an energetic folk dance with a lyrical middle section. The third movement (‘Un poco triste’) is a sad folk song with a whimsical middle section … The motif of the middle section forms the basis for the fourth piece (‘Burleska’), which sounds like a high-speed, almost cartoonish chase with many unexpected turns.”

Janáček’s violin sonata was written between 1914 and 1922 – a dramatic period in European history during which Czechoslovakia came into being.  It is cast in four compact movements. “The work opens with an impassioned theme in the violin, accompanied by shuddering tremolandi in the piano. The second movement is tender and explores the quietest dynamics during moments of stillness. The third movement features a folkloristic theme in the piano while the violin interrupts with unsettling, gruff scales.

“The final movement depicts the arrival of Russian troops in Moravia, with the violin imitating bursts of machine-gun fire as the piano plays a sorrowful and lyrical theme …The climax has the violin finally playing the main theme with the utmost intensity to shattering high tremolandi in the piano, before the opening returns and the work ends with the gunfire fading into the distance ... Life in Europe was forever changed after the Great War.”

Warner Classics has signed an exclusive recording contract with violinist Augustin Hadelich, with his label debut to be released on 12 January 2018. The signing comes as a natural progression for the 33-year-old virtuoso, who was chosen as laureate of the inaugural Warner Music Prize in 2015.

The elegant yet impassioned musicianship of Augustin Hadelich evokes the violinists of the golden age of the early and mid-20th century. It is fitting, then, that his first album on Warner Classics presents the summit of the art and virtuosity of his instrument with Paganini’s 24 Caprices, which he has recorded on the 1723 ‘Ex-Kiesewetter’ Stradivarius violin.

“I am thrilled to make my first recording for Warner Classics,” said Hadelich. “I have dreamed of recording these caprices ever since I first worked on them as a child. Paganini’s music was a major part of my musical upbringing in Italy, and over the years I have often performed his caprices as encores.

“In Paganini’s works, the technical fireworks always serve the music, not the other way around. As he explores different extended techniques and virtuosic acrobatics, he reveals himself to  be a thoughtful and inspired composer. Many of the caprices are charming, funny, entertaining and thrilling, some are dramatic and passionate, and yet others serene and lyrical. Each Caprice has its own quirky personality; some are my friends, but others are ferocious beasts to be tamed!”

Jean-Philippe Rolland, Executive Vice-President International A&R and Business Development of Warner Classics & Erato, added: “Augustin’s sound is innately lush, expressive and recognizable. He is a self-reliant yet communicative artist who takes palpable pleasure in performing. These are unique qualities seldom found in a young violinist today, and Augustin has them all. We are delighted to embark on this journey with him.”

Augustin Hadelich has firmly established himself as one of the great violinists of today. He has performed with every major orchestra in the U.S., many on numerous occasions, as well as an ever-growing number of major orchestras in the UK, Europe, and the Far East. Showcasing a wide-ranging and adventurous repertoire, he is consistently cited for his phenomenal technique, poetic sensitivity, and gorgeous tone.

Born in Italy, the son of German parents, Augustin Hadelich is now an American citizen. He holds an Artist Diploma from The Juilliard School, where he was a student of Joel Smirnoff. His career took off when he was named Gold Medalist of the 2006 International Violin Competition of Indianapolis – an event that has been described as the Olympics of the Violin. He went on to win an Avery Fisher grant in 2009, a Borletti-Buitoni Trust Fellowship in 2011 and a Grammy Award in 2016. He has been named Musical America’s Instrumentalist of the Year for 2018. Augustin Hadelich plays the 1723 ‘Ex-Kiesewetter’ Stradivari violin, on loan from Clement and Karen Arrison through the Stradivari Society of Chicago. 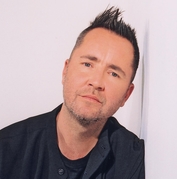 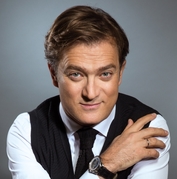 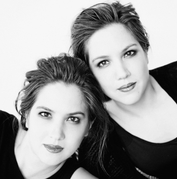 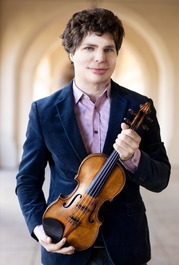 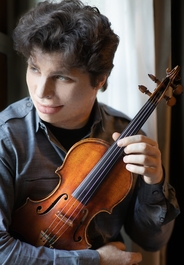 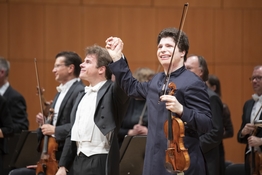 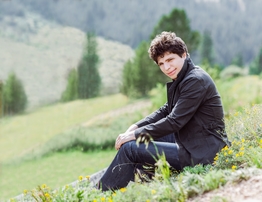 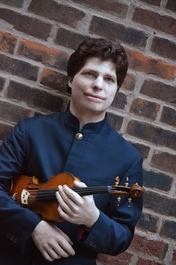 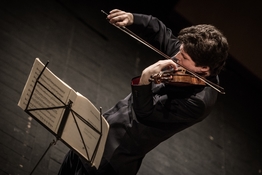