“Indeed, I’m ready to put them on a level with some of the greatest piano duos of our time...They have to be heard to be believed” said the Washington Post of Christina and Michelle Naughton. They have captivated audiences throughout the globe with the unity created by their mystical communicatio

“Indeed, I’m ready to put them on a level with some of the greatest piano duos of our time...They have to be heard to be believed” said the Washington Post of Christina and Michelle Naughton. They have captivated audiences throughout the globe with the unity created by their mystical communication, as reported by the Wall Street Journal, in Christina’s own words, “There are times I forget we are two people playing together”. The Naughtons work as a duo was recently recognized in 2019 as they became the first piano duo to receive the Avery Fisher Career Grant presented by Lincoln Center.

Christina and Michelle Naughton’s career was launched in 2009 with a recital debut at Kennedy Center; and an orchestral debut at the Mann Center with the Philadelphia Orchestra, which led the Philadelphia Inquirer to characterize their playing as “paired to perfection”. Subsequently, they began their careers in Europe and Asia; at Munich’s Herkulesaal and with the Hong Kong Philharmonic respectively. These appearances were met with much critical acclaim, with the Suddeutsche Zeitung proclaiming the Naughtons an “outstanding piano duo” and the Sing Tao Daily responding by the description “Joining two hearts and four hands at two grand pianos, the Naughton sisters created an electrifying and moving musical performance”.

Especially passionate about American 20th century music, Christina and Michelle have immersed themselves in several projects devoted to this theme. 2019’s “American Postcard”, their second album of their exclusive signing with Warner Classics, showcases a variety of 20th century American compositions and commissions by composers such as John Adams, Aaron Copland, Conlon Nancarrow, and Paul Schoenfield. Additionally, they have done several premieres of works in capacities such as commissions by the LA Phil’s Green Umbrella series, a world premiere of John Adams’ “Roll Over Beethoven” at NYC ’s WQXR Greenespace, a European premiere of Paul Lansky’s “Shapeshifters” with Solistees Europeans Luxembourg, a weeklong American chamber music residency with musicians of the New World Symphony, and several concerts devoted to 20th century American music at Germany’s Klavierfestival Ruhr.

The Naughtons discography features a wide variety of musical styles. Their first album, released on the German label ORFEO in 2012 and recorded in Bremen’s Sendesaal; focuses heavily on traditional Classic and Romantic selections. It was praised by Der Spiegel Magazine for “stand(ing) out with unique harmony, and sing(ing) out with stylistic confidence, and described by ClassicsToday as a “Dynamic Duo Debut”. In February of 2016 they released their debut record on the Warner Classics label titled “Visions”. “Visions”, comprised of the music of Messiaen, Bach, and Adams; was shortly after its release chosen as “Editor’s Choice” by Gramophone Magazine.

Born in Princeton, New Jersey to parents of European and Chinese descent; Christina and Michelle are graduates of the Juilliard School and the Curtis Institute of Music, where they were each awarded the Festorazzi Prize. They are Steinway Artists and currently reside in New York City. 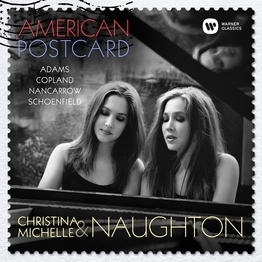 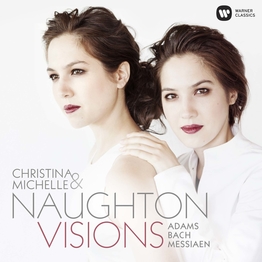 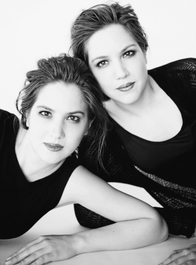 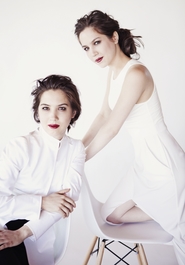 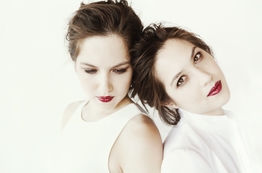 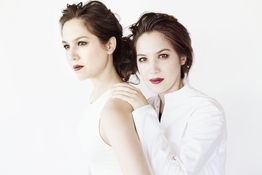 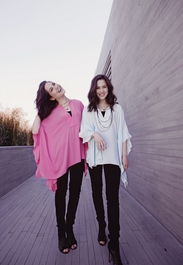 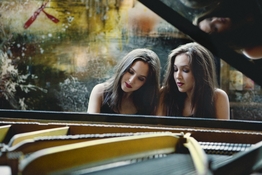 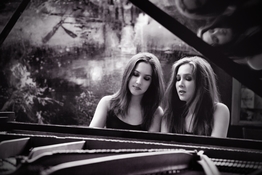 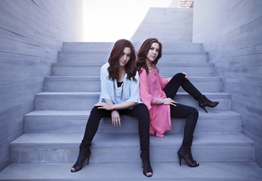 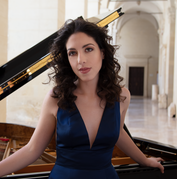 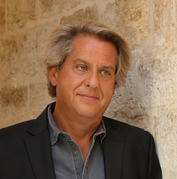 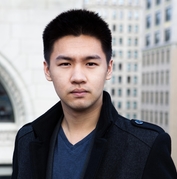