A seven-disc collection tracing Nigel Kennedy’s journey from the phenomenal Elgar concerto with Vernon Handley in 1984 through to his ground-breaking Vivaldi Four Seasons with the English Chamber Orchestra in 1989 – the recording which launched him to global super-stardom.

A seven-disc collection tracing Nigel Kennedy’s journey from the phenomenal Elgar concerto with Vernon Handley in 1984 through to his ground-breaking Vivaldi Four Seasons with the English Chamber Orchestra in 1989 – the recording which launched him to global super-stardom.

“If it wasn’t for a spiky-haired Nigel Kennedy’s 1989 recording of Vivaldi’s The Four Seasons,” the Classic FM radio station told its website’s readers a few years back, “you and I might not be listening to Classic FM today”. The station had launched in 1992 with a mission to bring classical music to a wider public, three years after the runaway success of young violinist Nigel Kennedy’s Vivaldi album had revealed an untapped audience just waiting for the right invitation. Kennedy, the Brighton-born virtuoso with the Camden Market wardrobe, Estuary accent, and star-pupil credentials from Yehudi Menuhin himself, offered the perfect one. With The Four Seasons, he brought baroque music to the pop charts, connected with a new and predominantly young audience drawn to his personal style as well as his vivacious playing, and found himself in the Guinness Book of World Records as the featured artist on a classical album that sold over two million copies in its first year.

This collection of Kennedy’s first seven albums from the decade in which the world first discovered what a phenomenon he was, naturally culminates on that astonishing breakthrough – but it includes many other fascinating examples of the consummate musicianship, emotional subtlety and creative boldness that touched the hearts of listeners who had formerly felt this kind of sound wasn’t for them. 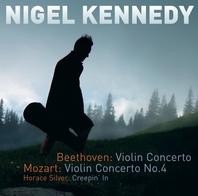 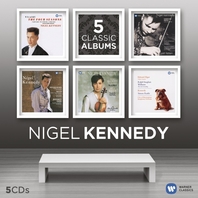