The Franco-Italian mezzo-soprano will expand her Erato presence next autumn with Amazone, her first solo recital for the label.

The young mezzo-soprano Lea Desandre, a rising star of the lyric scene, has signed an exclusive agreement with Warner Classics. Autumn 2021 will bring the release of her debut album, Amazone, an ambitiously conceived collection of baroque arias celebrating these feminine figures which were a great source of inspiration for the composers of the 18th century.

For her first solo recital, Lea Desandre has chosen to record with Jupiter, the instrumental ensemble founded by Thomas Dunford in 2018, and several guest stars. The Amazone program will include many world rediscoveries.

Previously, Lea Desandre teamed up with Sabine Devieilhe, Emmanuelle Haïm and Le Concert d’Astrée for a collection of Italian cantatas by Handel (released in 2018), and with Laurence Equilbey, the Insula Orchestra and five other singers for Magic Mozart (released last autumn). She was also part of Jean Rondeau and Thomas Dunford’s Barricades program (released in May 2020).

Lea Desandre is Despina, beside the Fiordiligi of Elsa Dreisig and the Dorabella of Marianne Crebassa, in the recent DVD release of the 2020 Salzburg Festival’s special production of Mozart’s Così fan tutte, directed by Christof Loy and conducted by Joana Mallwitz (April 2021)

On her new exclusive contract:

“I’m delighted to be embarking on this new collaboration with Warner/Erato. With an open mind, a shared history, and an eye to future artistic alliances, it will make a wonderful reality of dreams that I have been nurturing for years.” – Lea Desandre

Alain Lanceron, President of Warner Classics & Erato, on the signing of both Lea Desandre and lutenist and conductor Thomas Dunford:

“Lea Desandre and Thomas Dunford are emblematic of the rising generation of musicians in historically informed performance. Sharing their joy in music-making with their listeners, they combine integrity with imagination, curiosity with creativity, and discipline with a sense of freedom. While respecting tradition and scholarship, they imbue all their endeavours with a spirit of adventure.

“With Lea being French-Italian, and Thomas being French with an American father, it is hardly surprising that they can transcend so many borders with apparent ease while retaining a distinctive identity. We are delighted that they have made this major commitment to the Erato label.”

The Salzburg Festival had not originally planned to celebrate its 100th anniversary with Cosi fan tutte. As it turned out, the Summer 2020 production of Mozart’s intimate opera was hailed by the German newspaper Die Welt as “The best Mozart at Salzburg for decades … Everything worked, coming together in fabulous harmony: acting, singing and theatrical concept.” The Austrian magazine Profil spoke of “The return of opera after the first lockdown in the form of a perfect Mozartian miracle”.

Before the coronavirus wrought havoc on the world, the Austrian festival had scheduled seven operas to mark its centenary. In the event, it staged just two, honouring the two composers most closely identified with Salzburg: Strauss (with Elektra) and Mozart. The production of Cosi fan tutte was created in a matter of weeks by a team led by award-winning stage director Christoph Loy and conductor Joana Malwitz. General music director in the German city of Nuremberg, Malwitz became the first woman to conduct a series of performances at the Salzburg Festival. The three female singers in the cast are all closely linked with the Erato label – soprano Elsa Dreisig and mezzo-sopranos Marianne Crebassa and Lea Desandre (respectively Fiordiligi, Dorabella and Despina) – while the male singers were tenor Bogdan Volkov and baritones Andrè Schuen and Johannes Martin Kränzle (Ferrando, Guglielmo and Don Alfonso).

Typically for a production by Christoph Loy – one of the world’s leading opera directors – streamlined, contemporary design set the scene for penetrating psychology. The opera is subtitled ‘The School for Lovers’, and Lorenzo Da Ponte’s ostensibly comic libretto is famously full of improbabilities and ambiguities as, for a bet, two young men disguise themselves and attempt to deceive their girlfriends. “I feel the piece is an invitation to enjoy life with all its complications,” says Loy. “That, combined with the prospect of potential future happiness, is quite something. For me, the fact that Mozart composed a ‘lieto fine’, a ‘happy ending’, is not mere convention — it corresponds to his deepest convictions about life.” The Viennese newspaper Die Presse found that Loy created “a relationship drama with humour and depth”, while the French newspaper Le Figaro praised “a subtle and lively production”.

To respect Austria’s Covid-19 protocols, the opera was reduced in length and played without an interval. This DVD, filmed on the first night of the production, runs for some two hours 25 minutes. Noting that the coherence and flow of the opera was preserved in this condensation, Musical America observed that: “Loy sees it as a work in which joy and melancholy are in tension.  Everyone is caught in a state of emotional volatility, and the genius of the staging is that at any moment you never know – contrary to logic – which of the two conflicting emotions will surface.” “Attention was focused on the characters,” wrote the French website Altamusica, “Everything depended on the fluidity of the adaptation, which was absolutely convincing.”

There was a full-scale orchestra in the pit of Salzburg’s Grosses Festspielhaus and the chorus made its brief contributions from behind the scenes. Le Figaro described Malwitz’s interpretation of the score as “a jewel of quicksilver precision, drawing a hypersensitive, sparkling response from the Wiener Philharmoniker and giving meaning to each accent and change of tempo,” while radio station Deutsche Welle found it “Buoyant, intimate, fizzing with life.”

As for the performers on stage, Bachtrack asserted that “It’s difficult to believe Salzburg could have cast this Così any better.” The Frankfurter Rundschau declared the singing “a revelation, both in terms of individual performances and as a harmonious ensemble,” while the Salzburger Nachrichten admired “An ideal ensemble in a consummately balanced interpretation of Mozart’s experiment in love and life.”

The UK’s Opera magazine wrote that: “In a beautifully balanced cast Johannes Martin Kränzle was a more sceptical than cynical Don Alfonso. Elsa Dreisig’s luminous Fiordiligi and Marianne Crebassa’s feisty Dorabella were as well contrasted as Bogdan Volkov’s mellifluous Ferrando and Andrè Schuen’s vigorous Guglielmo, while Lea Desandre was a perky Despina.” Germany’s Orpheus magazine observed that “Elsa Dreisig and Marianne Crebassa made superb vocal sisters, singing with refinement as a pair and each sensationally good in her own right. Their male counterparts were in no way lacking by comparison: rising star baritone Andrè Schuen sang and acted the role of Guglielmo with the appropriate youthful swagger, while the perfect tenor lyricism of Bogdan Volkov … brought tears to one’s eyes. Johannes Martin Kränzle excelled as a warm, mellifluous, dandified Don Alfonso and Lea Desandre’s bubbly Despina captivated with her intensity.”

The Salzburg Festival’s artistic director Markus Hinterhäuser sums up the entire enterprise in an eloquent statement: “…Cosi fan tutte as we have seldom experienced it: overwhelmingly beautiful and adroit, and of profound refinement and elegance. We are delighted that this production – which allows audiences to hear and experience the miracle of Mozart in all its delicacy and grace, and realised with the greatest theatrical and musical intelligence – is now available on DVD.” 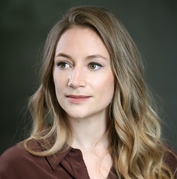 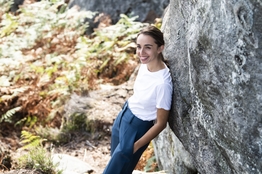 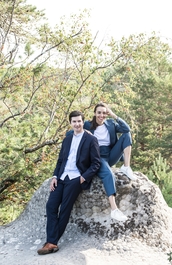 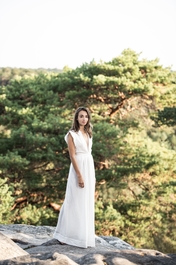 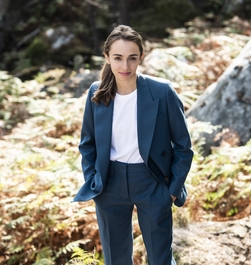 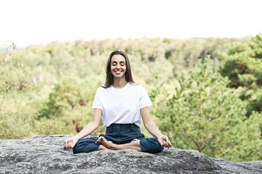 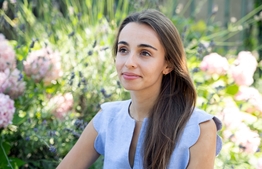 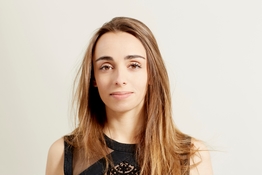 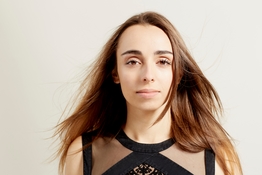 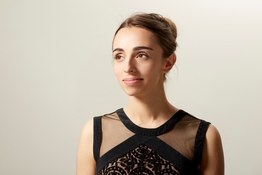