The French oboist François Leleux already has a strong presence in the Erato catalogue as a member of the ‘supergroup’ wind ensemble Les Vents Français. Here, partnered by Emmanuel Strosser, he focuses on works for oboe and piano, all originating from France in the 20th century. The composers are Debussy, Saint-Saëns and Dutilleux, the lesser-known Pierné, Bozza and Sancan, and the contemporary Thierry Pécou (b.1965).

As François Leleux points out, the oboe holds a special place in French music. In the 17th century King Louis XIV had a band of oboes and bassons at Versailles and he established a workshop to manufacture the instruments in the northern French town of La Couture, where oboes are still made today. Many French composers have privileged the instrument in their music, which could hardly find a more eloquent advocate than Leleux. Praised as “a remarkably charismatic, flamboyant performer, matching immaculate technique with a dazzlingly vivid identification with his music” (The Scotsman), he is active as an instrumentalist, as a conductor, and as a professor at the Hochschule für Musik und Theater in Munich. The Chicago Classical Review has noted that he plays “with the natural ease of one whose technique is complete … spirited and captivating.” Summing up his approach to playing the oboe, Leleux has said that “Music is breath itself.”

He also emphasises that oboists can draw on an abundant repertoire of rewarding works by composers who are not household names. Debussy and Saint-Saëns, of course, enjoy wide currency, while Dutilleux became a major figure in the second half of the 20th century. Saint-Saëns’ oboe sonata, with its flowing sculpted lines, was written in 1921, the last year of his life. By contrast, Dutilleux’s sonata, which makes distinctive use of canons, is an early work, written in 1947 for a competition at the Paris Conservatoire. First heard in 1919, after the composer’s death, Debussy’s Rhapsodie was in fact conceived for the saxophone (which Debussy described as an “aquatic” instrument); Leleux and Strosser perform a transcription for cor anglais, made by the composer and oboist Gilles Silvestrini.

Gabriel Pierné (1863-1937) conducted the premiere of Debussy’s orchestral triptych Ibéria (and, in the same year, 1910, the premiere of Stravinsky’s Firebird), and his best-known composition is the delightful score for the ballet Cydalise et le chèvrepied. His brief, dance-like Pièce for oboe and piano exudes a typically Gallic grace.

Eugène Joseph Bozza (1905-1991) was trained as a violinist, but he composed prolifically for wind instruments. His Fantaisie Pastorale of 1939 opens with rhapsodic cadenzas for the oboe. A reflective, lyrical section follows before the pieces closes with a playful Allegro ma non troppo.

Noted as a pianist, composer and teacher, Pierre Sancan (1916-2008) composed his oboe sonatina in 1957. Clear and classical in tone, it is concise, sober and elegant.

Thierry Pécou’s sonata, running for just over eleven minutes, is the longest work on the album. It won him first prize at the UK’s Stroud Festival in 1985, when he was not yet 20 years old. Constructed in the traditional three movements, it is enticing, occasionally abrasive and ultimately enigmatic. 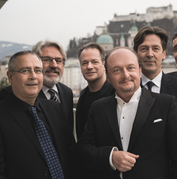 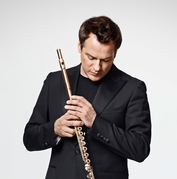