Erato is proud to sign an exclusive recording contract with Emőke Baráth. The young Hungarian soprano is no stranger to the label, having sung in the complete recording of Handel’s Partenope and on the album La Storia di Orfeo with Philippe Jaroussky; her latest recording with the French countertenor is of Gluck’s opera Orfeo ed Euridice, to be released on 18 May 2018. Her first solo project will feature music by composers of the Venetian Baroque – Barbara Strozzi, Francesco Cavalli and Antonio Cesti – and is slated for release early 2019.

In Partenope, Gramophone described her as an ‘exquisite, persuasive’ singer, and has praised ‘Baráth’s wonderfully charred soprano, glints of brightness tempered by smoky darkness’ in La Storia di Orfeo, while The Guardian noted that ‘Jaroussky is well matched by Emöke Baráth’s crystal-clear soprano’ on the same album.

Emőke Baráth’s first solo album as an exclusive Erato artist remains firmly in the Baroque, with a recital devoted to little-known female composer Barbara Strozzi. It sees her reunite with her period-orchestra partners on Partenope, the ensemble Il Pomo d’Oro, this time directed by harpsichordist Francesco Corti.

‘I’m enormously grateful to Warner for this amazing opportunity – what more could a musician wish for?’ she said in a statement. ‘I feel we can create something special together with which I can stay true to myself and show the deep and spiritual connection I have with singing. My first solo album will be my fourth collaboration with Warner Classics & Erato and they have been wonderful musical experiences in the most supportive environment I can imagine. I’m really thankful and excited to start working together!

She added: ‘My solo debut album will be a very special project: Barbara Strozzi is a very particular character in the history of music in difficult period for women and especially female artists, but in spite of all obstacles her talent erupted and she became an important figure of the Baroque era. She must have been a strong and spirited person and with this recording I hope to offer some insight into her life and music.’

Alain Lanceron, President of Warner Classics and Erato, said: ‘Emöke Baráth is pure music. In the early stages of her blossoming career, we were already struck by the beauty of her tone, her innate musicality, her sense of colours, and her sincerity in singing completely devoid of artifice. No doubt there will be much continued buzz about her in the coming months and beyond. That’s why Erato – always on the lookout for tomorrow’s stars – has bet on her as early as 2015 in Handel’s Partenope, and is now shining the spotlight on her exciting solo ventures.’

ABOUT Emőke Baráth
Hungarian soprano Emőke Baráth began her musical education studying the piano and the harp. She began singing at the age of 18 with Professor Julia Paszthy at the Franz Liszt Academy in Budapest. She also studied at the Luigi Cherubini Conservatory in Florence.

In 2009, she received Third Prize at the 44th Antonín Dvořák International Competition (Czech Republic). In 2011, she won the First Prize and the People’s Choice award at the Second International Singing Competition for Baroque Opera in Innsbruck (Austria). The same year, she won the Grand Prix of Verbier Festival Academy (Switzerland). She has sung in several masterclasses, notably with Barbara Bonney, Kiri Te Kanawa, Sylvia Sass, Laszlo Polgar, Nancy Argenta, Deborah York and Stephen Stubbs at the Longy School of Music, Boston.

Early on in her career, she was invited to perform as soloist at festivals and venues as renowned as the Palace of Arts and the Budapest State Opera in Hungary, the Theater an der Wien, Amsterdam’s Concertgebouw, the Théâtre des Champs-Elysées, the Opéra Royal de Versailles and the Verbier Festival in Switzerland; the Nikolaisaal in Potsdam, the Braunschweig Staatstheater, and the Brandeburger Theatre in Germany, and the Concert Hall of the Tchaikovsky Conservatory in Moscow, Russia. She also appears regularly at the Boston Early Music Festival.

The late Alan Curtis was one of the first conductors to discover her talent, giving her the opportunity to sing in prestigious productions of works by Handel – Giulio Cesare (Sesto, alongside Karina Gauvin and Marie-Nicole Lemieux), Admeto (Antigona), Amadigi di Gaula (Oriana), Arianna in Creta (Alceste), and in prestigious venues such as the Theater an der Wien, Auditorio nacional in Madrid and the Théâtre des Champs-Élysées. Handel occupies an important place in her repertoire: she has sung Messiah (Detroit Symphony Orchestra and National Symphony Orchestra Washington, Nathalie Stutzmann conducting), Almirena in Rinaldo (Il Pomo d’Oro and riccardo minasi), Armindo in Partenope (Il Pomo d’Oro and Maxym Emelyanychev, with a recording on Erato), Morgana in Alcina (Accademia Bizantina and Ottavio Dantone, with Inga Kalna and Philippe Jaroussky) and Asteria in Tamerlano (Les ambassadeurs and Alexis Kossenko). In April 2014, she sang the soprano part in Duello Amoroso, a pasticcio after Handel, with Nathalie Stutzmann conducting the ensemble Orfeo 55 at the Bordeaux Opera (with Jean-Louis Grinda as stage director).

She is in demand in repertoire by the composers of the Seicento, having sung the title-role in Elena by Cavalli (Cappella Mediterranea conducted by Leonardo García Alarcón, with Jean-Yves Ruf as stage director – Festival d’Aix-en-Provence), Romilda in Xerse by the same composer (Le Concert d’Astrée, Emmanuelle Haïm, with a staging by Guy Cassiers – Lille Opera, Théâtre de Caen, Theater an der Wien) and in Cavalli’s Hipermestra at Glyndebourne with William Christie (a Graham Vick production). She took on the title-role of Monteverdi’s L’Incoronazione di Poppea at the Innsbruck Festival and the Budapest Palace of the Arts, and the same composer’s Euridice in L’Orfeo (Les Talens Lyriques and Christophe Rousset, Claus Guth as director). She sang Monteverdi’s Selva morale e spirituale with Concentus musicus Wien conducted by Pablo Heras Casado.

Having released three recordings for Erato, Emőke Baráth signed an exclusive recording contract with the label in 2018, with her debut solo album released early 2019. 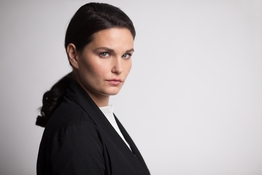 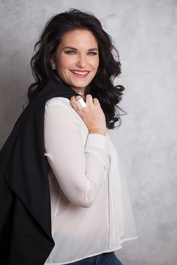 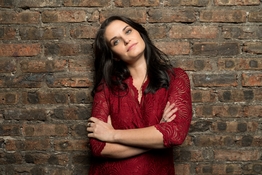 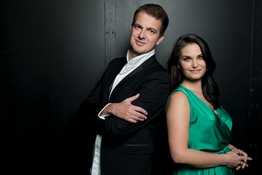 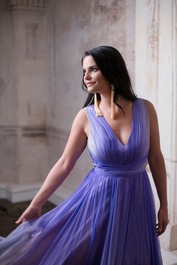 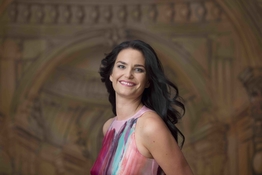 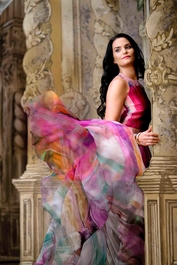