5 November 2021 - Renewing and cementing a relationship that dates back to the 1980s, Warner Classics has signed an exclusive contract with the distinguished pianist Elisabeth Leonskaja.

Born in the Georgian capital Tbilisi and trained at the Moscow Conservatory, Elisabeth Leonskaja has been based in Vienna since 1978 and enjoys special renown as an interpreter of the Classical and Romantic Austro-German repertoire.

Her first recording under the new contract is Mozart’s Complete Piano Sonatas, a 6CD box to be released in February 2022. It will join her existing Warner Classics catalogue, which includes music by Brahms, Chopin, Dvořák, Liszt, Schubert, Shostakovich and Tchaikovsky, and an album, recorded in 1995 with her mentor Sviatoslav Richter, of Grieg’s arrangements for two pianos of selected Mozart sonatas. Her discography, which ranges from solo works to concertos (notably with Kurt Masur as conductor), also bears witness to her close collaboration in chamber music with the Alban Berg Quartett, Borodin Quartet and Artemis Quartet.

The French magazine Diapason has written that: "Elisabeth Leonskaja’s journey leads from one peak to another. By constantly excelling herself, driven by her own personal demands, by her passion and her intelligence, she has earned a place among the greatest, not just of today, but of the past …” Winner of Germany’s prestigious Opus Klassik Award in 2020, she is admired as an interpreter who respects the truth of the music. As Leonskaja herself has said: “When I play, I am not presenting myself on the stage, but the music I am playing. It is the music that matters.”

The integrity of her approach, and her seemingly innate understanding of the music she plays, stands her in good stead as an interpreter of Mozart’s 18 piano sonatas – ‘essential’ works of the Viennese keyboard repertoire. Mozart composed them in various locations around Europe between the mid-1770s, when he was in his late teens, and 1789, two years before his death. Any pianist who interprets them needs to be an exponent of the proverbial art that conceals art. Famously, the great Viennese-trained pianist Artur Schnabel (1882-1951) felt that: “The sonatas of Mozart are unique; they are too easy for children, and too difficult for artists.” As so often with Mozart, the surface of the sonatas appears comparatively simple, but beneath it lies a highly sophisticated structure and considerable expressive substance. In the words of Edwin Fischer, another major pianist of the first half of the 20th century: “One should experience [Mozart’s] music with imagination and feeling … Mozart is not sweetness or artistry, Mozart is the touchstone of the heart.”

“It is a joy and an honour for Warner Classics to welcome back the legendary Elisabeth Leonskaja, who has made so many revered recordings for the label in the past. Not only is she one of the greatest pianists of our time, but she is also a link to the Russian school that has played such an important role in the history of the piano. With her recording of Mozart’s complete piano sonatas, she has reached a new discographic landmark. Her Warner Classics catalogue will also now be enriched by the recent recordings that she made for the label eaSonus, notably an outstanding complete cycle of the complete Schubert piano sonatas.” 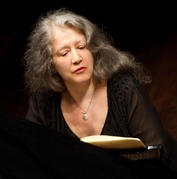 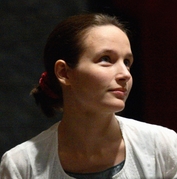 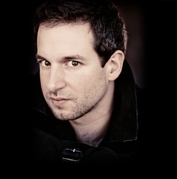