Warner Classics has unearthed several Debussy rarities and world-premiere recordings for its monumental contribution to the centenary of the composer’s death. The 33CD Debussy Complete Works box set, which features 11 CDs’ additional content compared to any other purported ‘complete’ collection, has been hailed ‘exhaustive, the sum of the crème de la crème of the discography’ (Diapason).

But a significant new discovery, authenticated and edited too late to be included in the complete edition, sees its first-ever release today as a separate album: an entire volume of early piano préludes Debussy sketched out before the préludes we know and love…All inspired by French gastronomy. In addition, many of these miniatures for piano are clear precursors and early versions of mature works in multiple genres across Debussy’s rich and varied œuvre, drawing from the same literary references.

Sources have confirmed that the 23-year-old Debussy, living in Rome at the Villa Medici in 1885 after winning the Prix de Rome, wrote to family and friends in Paris complaining of homesickness stemming primarily from a longing for French food. Having dedicated dozens of sensual songs to his older lover Madame Vasnier during the same period, it seems that carnal and culinary delights were Claude’s two greatest inspirations.

As with the Préludes Book I and II of 1909-10, there are twelve pieces in the collection, with titles revealed only at the end of each piece and preceded by an ellipsis. The manuscripts have been authenticated by the Chambre Professionnelle des Artisans Boulangers-Pâtissiers (CPABP) through analysis of breadcrumbs found pressed between the pages, which have been traced to Debussy’s local bakery. Musicologists speculate that Debussy simply abandoned the project once he was back in Paris and surrounded by good French food, but many of the motifs and ideas developed in these early préludes can be identified in the composer’s later masterpieces.

The pianist entrusted with the honour and responsibility of recording these works for the first time is French virtuoso Bertrand Chamayou, who also features on the Complete Works box set and on a critically acclaimed album of Debussy Chamber Music. "I always wondered what could have inspired in Debussy such sensual, glistening harmonies. With the discovery of these préludes I now consider the mystery solved: sausage and cheese!"

On 25 March 2018, we commemorate the 100th anniversary of the death of Claude Debussy, the most influential and beloved of all French composers, widely considered one of the fathers of modern music. Warner Classics’ new 33-CD box set, to be released in January, stands as the first and only complete collection of recordings of Debussy’s music. It comprises all his known works, including six pieces in world-premiere recordings made especially for this edition.

Read more and see the unique artwork for the edition at the dedicated Debussy centenary website, www.debussy100.com.

Compiled in collaboration with renowned Debussy expert Denis Herlin (Editor-in-Chief of the complete critical edition of Debussy’s music for Durand, the composer’s publisher), Debussy: The Complete Works comprises recordings carefully chosen for their artistic quality and their authenticity of spirit, with the invaluable addition of a bonus album of recordings made by Debussy himself – he was a superb pianist. Other superb musicians featured in this collection include Martha Argerich, Itzhak Perlman, Yehudi Menuhin, Daniel Barenboim, Kent Nagano, Sir Simon Rattle, and the crème de la crème of the French school, from Aldo Ciccolini, Samson François and Gérard Souzay to Pierre-Laurent Aimard, Philippe Jaroussky, Roberto Alagna, Natalie Dessay and Quatuor Ebène.

This complete edition brings together all Debussy’s known works. The one work that is not currently available is the orchestral version of an Intermezzo composed in June 1882. However, it is possible to form an idea of how this might have sounded thanks to Debussy’s own transcription of the piece for piano duet. The following works can be heard here in premiere recordings:

To this group of works, we have added the piano reductions of Khamma– whose orchestration was mainly the work of Koechlin – and of Jeux, both of which provided the basis on which the choreography of the two ballets was devised. Moreover, some of Debussy’s transcriptions from the 1890s have never been recorded until now:

In addition to the above, we have included several arrangements of Debussy’s works made by composers with whom he was on friendly terms. The complete edition contains all the transcriptions by André Caplet (for piano solo, two pianos and orchestrations), even those carried out after Debussy’s death. Caplet’s orchestrations of two of the Ariettes oubliées are recorded here for the first time. Most of Caplet’s transcriptions received Debussy’s seal of approval, and the composer conducted the orchestral version of Children’s Corner on several occasions and took part in performances of the two-piano version of Ibéria. The same applies to the arrangements made by Henri Busser, Jean Roger-Ducasse, Désiré-Émile Inghelbrecht and Bernardino Molinari. Ravel’s transcriptions and orchestrations are testimony to his admiration for Debussy.

It is worth noting that Debussy was on good terms with the violinist Arthur Hartmann and transcribed Minstrels, one of the piano Préludes, for his friend. The two men played the piece together at a concert on 5 February 1914, alongside two arrangements that Hartmann had made with the composer’s consent: another of the Préludes, La fille aux cheveux de lin, and the second of the Ariettes oubliées, Il pleure dans mon cœur.

Finally, this set features the only known acoustic recording of Debussy accompanying Mary Garden, made in February 1904 for the French Gramophone Company, as well as piano rolls of fourteen pieces made using the Welte-Mignon system and probably recorded by the composer in November 1913. 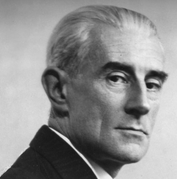 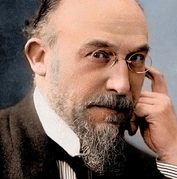