Hailed worldwide for his elegant and insightful interpretations, balanced artistry and brilliant technique, Andrew von Oeyen has established himself as one of the most captivating pianists of his generation.

Hailed worldwide for his elegant and insightful interpretations, balanced artistry and brilliant technique, Andrew von Oeyen has established himself as one of the most captivating pianists of his generation.

Mr. von Oeyen's 2015/16 engagements include, among others, appearances with the Mariinsky Theater Orchestra in St. Petersburg, Prague Philharmonia (on tour in Europe and China), Chicago's Grant Park Festival Orchestra, Detroit Symphony, American Youth Symphony, Portland Symphony, the Brevard Music Center Orchestra and Winston-Salem Symphony. He also appears in recital throughout the US and in Europe and records a concerto album with the Prague Philharmonia.

Mr. von Oeyen’s 2014/15 engagements included, among others, appearances with the Prague Philharmonia, New Japan Philharmonic, Kyushu Symphony, Calgary Philharmonic, Jacksonville Symphony, Slovak Philharmonic, an extensive recital tour of Japan, festival appearances at Ravinia, Mainly Mozart and Oregon Britt, and a survey of the five Beethoven piano concerti, conducted from the keyboard. On December 31, 2014, he appeared at the Royal Opera House, Muscat for the Sultanate of Oman’s New Year’s Eve Gala.

Mr. von Oeyen, of German and Dutch origin, was born in the U.S. He began his piano studies at age 5 and made his solo orchestral debut at age 10. An alumnus of Columbia University and graduate of The Juilliard School, where his principal teachers were Herbert Stessin and Jerome Lowenthal, he has also worked with Alfred Brendel and Leon Fleisher. He won the prestigious Gilmore Young Artist Award in 1999 and also took First Prize in the Leni Fe Bland Foundation National Piano Competition in 2001. Mr. von Oeyen lives in Paris and Los Angeles. 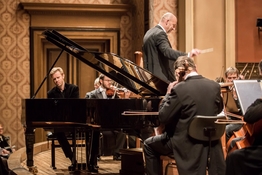 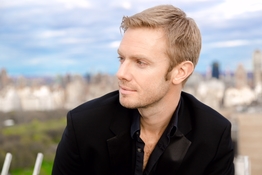