John Ogdon was awarded joint first prize at the 1962 International Tchaikovsky Competition in Moscow. It was an extraordinary enough achievement to prompt front-page headlines eve

John Ogdon was awarded joint first prize at the 1962 International Tchaikovsky Competition in Moscow. It was an extraordinary enough achievement to prompt front-page headlines even in his home country, and it propelled Ogdon and his fellow gold medallist, Vladimir Ashkenazy, into stellar (if very different) careers.

Ogdon was, by any normal standards, an unusual keyboard phenomenon. The remarkable catholicity of his repertoire went hand in hand with a staggering technique and a legendary sight-reading ability. He could be presented with the most complex score and deliver a flawless performance after giving it only the briefest of glances; indeed, his students enjoyed testing this astonishing gift by placing full orchestral scores before him. During one recording session late in life, Ogdon was persuaded to play through a piece he had not come across before; after a brief perusal of the score, he began. At one point the page-turner deliberately turned two pages at once. Undeterred, Ogdon continued to play the correct text as if nothing had happened.

Ogdon was naturally drawn to music that offered huge technical challenges – the more complex the better, it seemed: the concertos by Busoni, Schoenberg and Tippett, for instance; the worlds of Alkan, Liszt, Rachmaninov, Scriabin, Ronald Stevenson and Sorabji; and tough new works by such as his Manchester contemporaries Harrison Birtwistle, Alexander Goehr and Peter Maxwell Davies. He had, in the words of Ates Orga, an "almost primeval hunger for notes". He also mastered the two-piano repertoire with Brenda Lucas, whom he married in 1960. Nearly 80 composers feature in his discography. Beethoven is there (though very little Mozart), as is Chopin, but he frequently seemed confined by the more formal aspects of their music.

John Ogdon’s particular kind of musical mind, married to an adventurous, enquiring spirit (he was also the composer of over 200 works, as well as being an essayist and teacher), was a rare enough combination. But to this was attached a nature so modest, unpretentious and self-effacing as to make him vulnerable to the whims of others. To those of us who saw and heard this great, bespectacled, benign bear of a man on the concert platform, especially towards the end of his life, he was an endearing, sometimes shambling figure, who could confound the expectations of his audience with the power and delicacy of his playing.

John Andrew Howard Ogdon was born on 27 January 1937 at Mansfield Woodhouse in Nottinghamshire. (In April 2002 a commemorative bust of the town’s most famous son was unveiled in the Mansfield Palace Theatre.) He studied with the Russian Iso Elinson at the Royal Manchester College from 1945, with the quintessentially English Claud Biggs, Gordon Green and Denis Matthews, the Dutch-German Egon Petri and the Hungarian Ilona Kabos. Petri, himself a great disciple of Busoni, described Ogdon as "the most remarkable student I have ever taught". After many concerts in the north, he came to notice in 1958 when he stood in for an indisposed soloist in Liverpool and played the second Brahms Concerto virtually at sight. Later that year, he again impressed Liverpool with the first of many performances of Busoni’s mammoth concerto, a work he would famously go on to record. His Henry Wood Proms debut (the subject of much confusion with the preceding occasion) took place on 8 August 1959, when he gave the E flat Concerto of Liszt under Basil Cameron. Shortly thereafter came a brilliant London recital debut, on 29 September at the Wigmore Hall. Ogdon’s characteristic programme opened with Bach (three Contrapuncti from The Art of Fugue), Beethoven and Brahms before going on to take in Balakirev (Islamey), Busoni and Liszt (the last a composer he was to record more than any other). Between then and the Tchaikovsky competition he gained the Busoni Prize (1960) and the Liszt Prize (1961).

Ogdon had a mere eleven years left to him as one of the world’s most sought-after pianists before his career was abruptly interrupted in the autumn of 1973, when he suffered a breakdown, a victim of the schizophrenia that had also afflicted his father. After a period of recuperation, he was well enough to give lessons and masterclasses as professor of piano at Indiana University from 1975 to 1980. While Ogdon engaged in some limited concert touring during his time in the USA, it was not until the early 1980s that he ventured a full return to the concert platform. If, unsurprisingly, he was not always able consistently to recapture the glory of the buccaneering days before his tragic illness, there were nonetheless numerous occasions when one of the greatest pianists Britain has ever produced could be heard once more in his true magnificence. An outstanding example was the celebrated performance of Sorabji’s four-hour Opus clavicembalisticum that he gave at the Queen Elizabeth Hall, London, in 1988. John Ogdon died quite suddenly from broncho-pneumonia on 1 August 1989 at the age of 52. 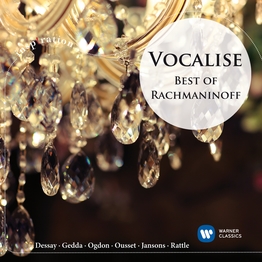