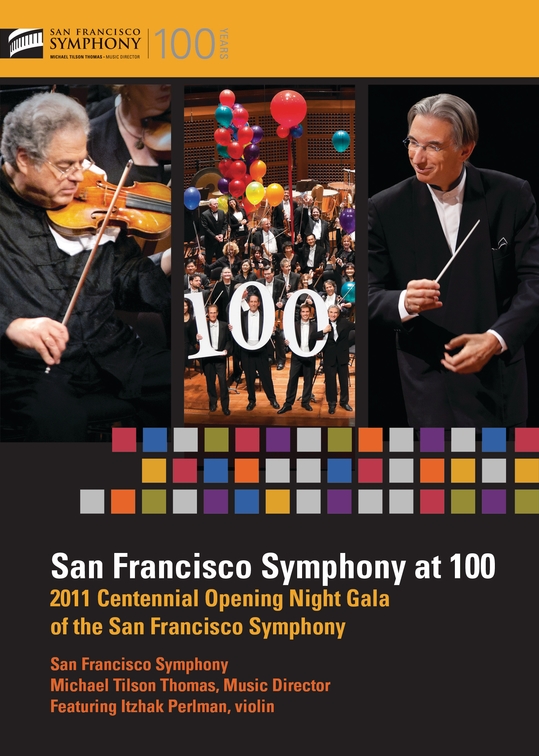 In September of 2011, the San Francisco Symphony and Michael Tilson Thomas launched the Orchestra’s milestone Centennial Season with a celebratory gala concert dubbed “Fanfare for a New Century” at Davies Symphony Hall. The gala concert is presented here on DVD and Blu-Ray as the Emmy® Award-Winn

The concert opens with Aaron Copland’s vivid portrayal of American prairie life, the Billy the Kid Ballet Suite and concludes with Britten’sorchestral showpiece The Young Person’s Guide to the Orchestra of which the San Francisco Chronicle said: “…as Thomas led his colleagues, section by section and soloist by soloist… the listener could only marvel at the level of individual excellence and communal artistry on display.” Capping off the concert is an encore of Bay Area composer John Adams’ Short Ride in a Fast Machine featuring moving images of San Francisco projected throughout Davies Symphony Hall.

The gala concert is hosted by author Amy Tan and is directed by Gary Halvorson.

Woven into the concert, San Francisco Symphony at 100 includes historical documentary segments narrated by Amy Tan highlighting the Orchestra's early beginnings, its rich history of touring, and its innovations in media.

58 minutes of documentary vignettes tracing the past 100 years of the San Francisco Symphony. Produced by Janette Gitler.