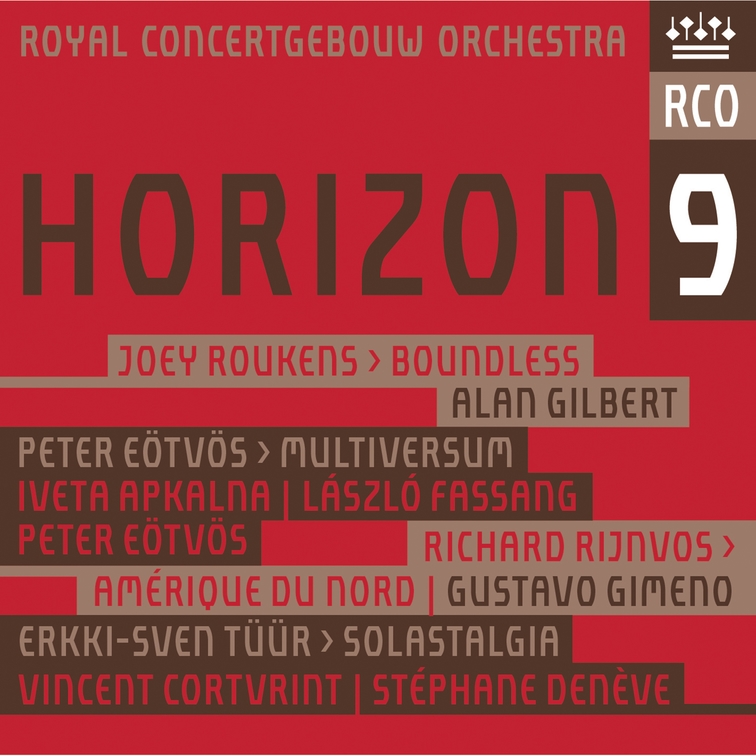 The ninth release in RCO Live's Horizon series contains four world premieres (co-)commissioned by the Royal Concertgebouw Orchestra: Joey Roukens’ Boundless and Richard Rijnvos’ Amérique du Nord were both commissioned for concerts celebrating the 100th birthday of Leonard Bernstein, the first being a reflection on Bernstein’s character, the second an exhilarating roadtrip through Bernstein’s fatherland the United States of America. In Peter Eötvös’ Multiversum various orchestral groups, organ and Hammond organ are dancers in a cosmic ballet of separate universes. Apart from being an important addition to the very small repertoire for orchestra and solo piccolo, Erkki-Sven Tüür’s Solastalgia is a passionate call to care for the earth’s environment.