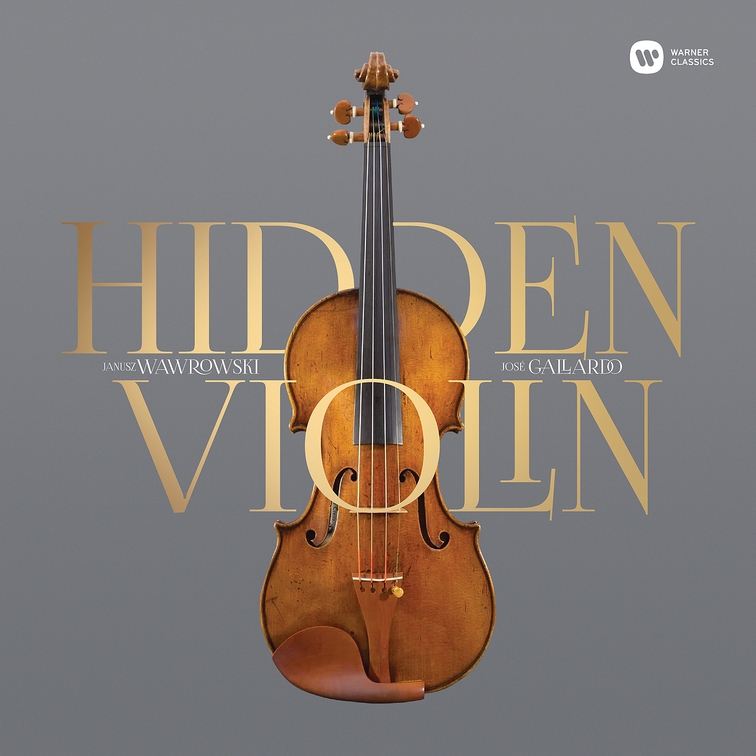 Janusz Wawrowski’s new album Hidden Violin tells an amazing story. The Stradivarius violin (1685) he plays is the first Strad in post-war Poland and its sound and story are unique. This first ever recording featuring the instrument includes masterpieces by Polish composers such as Wieniawski, Bacewicz, Paderewski, Różycki, Karłowicz, Szymanowski and Lutosławski.

In May 2018, the first Stradivarius violin in post-war history of Poland was given to Janusz Wawrowski, who is considered today’s most prominent Polish violin virtuoso. The instrument was built in 1685, the same year Bach was born. The instrument’s authenticity was confirmed by certificates. What makes this story unique is that while we know almost every Strad on Earth, this one remained a mystery until now. For many years, it was in private hands and was not heard publicly. It has never been recorded before, nor has it been given a name. This has changed since: the patron of art who bought the instrument named the violin “Polonia” as a way to honor the celebration of 100 years of Polish independence.

Wawrowski chose the Polish violin masterpieces for the album, demonstrating the wide spectrum of his virtuosity and musicality, while also focusing the instrument’s features and sound. He is accompanied by the amazingly sensitive pianist José Gallardo. This is their second album together (the first being Aurora) and it is a must-have for Stradivarius connoisseurs and Polish violin literature lovers. The CD album comes in a lavishly designed digipack. The recordings were made in the Polish National Radio Witold Lutosławski Concert Studio in Warsaw, engineered by the renowned GRAMMY winners Aleksandra Nagórko and Andrzej Sasin (CD Accord).

Today, when the first Stradivarius to come to Poland after the Second World War is in my hands, it seems to me that one of my greatest musical dreams is being fulfilled. This violin is a hidden treasure which was found and passed to me so that I could explore the beauty of its sound and reveal it to the whole world. I must admit that it is the most excellent instrument I have ever had the chance to play in my life. The violin is perfectly preserved and maintained, it has ideal geometrical proportions and sounds wonderful. Its tone is noble, crystal clear, deep and very resonant. It is almost like an autonomous organism. The vibrations I feel while playing, give me an impression that it is healthy, that it is alive. The touch of the bow releases incredible energy. The instrument gives me an ability to express intensive emotions: it can electrify with happiness but also weep moving the minds and hearts of listeners. I believe that a sound becomes a physical, palpable substance which I can freely shape with my own thoughts – Janusz Wawrowski.