Lasting for nearly 70 years, Lord Menuhin's contract with EMI was the long

Lasting for nearly 70 years, Lord Menuhin's contract with EMI was the longest in the history of the music industry. In November 1929, at the age of 13, he made his first recordings for the Company in London, and he made his last recording shortly before his death in 1999, when he conducted the Sinfonia Varsovia in Beethoven's Piano Concertos with François-René Duchâble as the soloist.

In total Menuhin recorded over 300 works for EMI as both violinist and conductor. Menuhin's range was unique, including all of the main classical works for violin as well as collaborations with Stéphane Grappelli and Ravi Shankar.

Throughout his life Menuhin was concerned with education and humanitarian causes. He always made a point of putting these concerns into practical action, which included the founding in 1963 of the Yehudi Menuhin School at Stoke d'Abernon in Surrey, a boarding school for young talented musicians whose ex-pupils include Nigel Kennedy. In 1977 he also founded the International Menuhin Music Academy in Gstaad, Switzerland for young graduate string players. In 1977 he founded Live Music Now, a charity which encourages young musicians to perform in hospitals, churches, schools and prisons. Lord Menuhin was also patron of the Music Sound Foundation, an independent charity set up by EMI to mark its centenary in 1997.

During World War II Menuhin gave more than 500 concerts for the Armed Forces. When hostilities ceased, he continued to give concerts for displaced persons around Europe and saw for himself the horrors of the concentration camps, an experience that moved him greatly. In recognition of his musical and humanitarian achievements he was awarded many international honours including the Legion d'Honneur and the Croix de Lorraine from France; the Order of Merit from Germany; the Ordre Leopold and Ordre de la Couronne from Belgium. In 1960 Menuhin received the Nehru Peace Prize for International Understanding from the Prime Minister of India. Other honours include the Royal Philharmonic Society's Gold Medal and the Cobbett Medal of the Worshipful Company of Musicians.

In 1965 he was given an honorary knighthood (KBE) by Queen Elizabeth II (which became a formal knighthood in 1985 when he was granted honorary British citizenship) and in 1987 he became a member of the highly select Order of Merit (OM). In 1993 he was awarded a Life Peerage, becoming Lord Menuhin of Stoke d'Abernon. He was an honorary doctor of twenty universities, including Oxford, Cambridge and the University of St. Andrews; he was a Freeman of the Cities of Edinburgh, Bath, Reims and Warsaw and was the holder of the Gold Medals of the Cities of Paris, New York and Jerusalem. In 1992 he was honoured with the title of Ambassador of Goodwill to Unesco.

Active right up to the very end of his life, Lord Menuhin died on 12 March 1999 in Berlin, where he was to have conducted a concert. 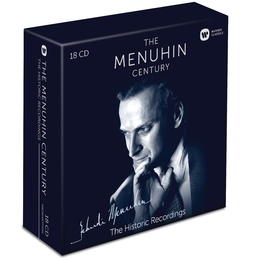 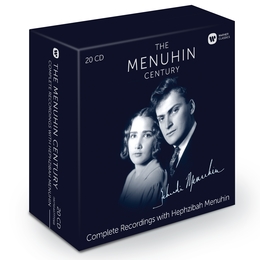 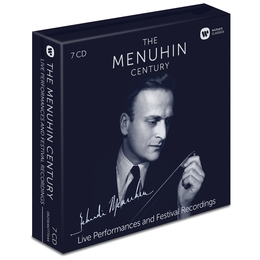 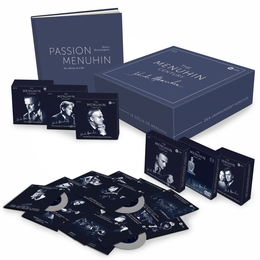 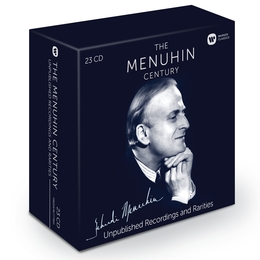 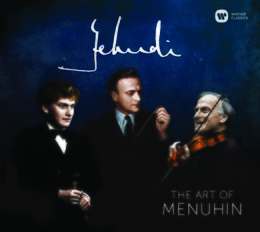 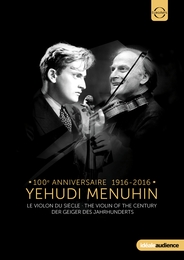 The Violin of the Century 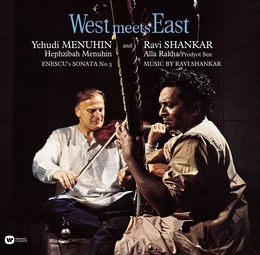