Pianist Shani Diluka evokes the musical world of Marcel Proust, who died in 1922, and of his epoch-making novel A la recherche du temps perdu (In search of lost time), with works by composers who were important to the author or who are referenced in his inexhaustible text.

The main work on The Proust Album is Reynaldo Hahn’s rarely heard Piano Concerto in E, which Shani Diluka describes as “a gem of the early 20th-century repertoire”. It was premiered in 1931, with Hahn himself conducting, in Paris’s Théâtre des Champs-Élysées – also the venue for the recording on this album. The Venezuelan-born composer, having been Proust’s lover for a time in the 1890s, remained among the writer’s closest friends. “The concerto’s formidable virtuosity is equalled only by the unpredictability of its harmonic writing,” says Diluka. “The result is a golden cloth of sounds.” She is joined by the Orchestre de chambre de Paris and conductor Hervé Niquet.

Perhaps most intriguing of all is a ‘reconstruction’ of the enigmatic violin sonata by the fictional composer Vinteuil; in the first of the seven volumes of A la recherche du temps perdu it plays a symbolic role in the convoluted love affair between Charles Swann – at that point the novel’s central character – and the elusive Odette de Crécy. Here, as performed by Diluka and violinist Pierre Fouchenneret, each of its ‘movements’ is an independent piece by a different composer of Proust’s time: Hahn, Eugène Ysaÿe and Cécile Chaminade.

Complementing the music on the album is a reading of the most celebrated episode in the novel. This also occurs in the first volume: the narrator, a proxy for Proust himself, tastes a madeleine cake that he has soaked in tea and, in a revelatory moment, finds himself experiencing vivid memories of his childhood. He starts to rediscover his past. The reader is the actor Guillaume Gallienne, a member of the Comédie-Française, the most distinguished of France’s national theatre companies.

Music was of great importance to Proust, who went so far as to describe it as “the means of communication between souls”. As Shani Diluka recounts:

“Knowing how much he loved music and how he saw it as a supreme art, I’ve been wanting to record a Proust-themed album for some time. In A la recherche de temps perdu, and in his earlier writings too, Proust mentions music, composers and the musicians he encountered in the salons of Paris … I think that music was a poetic route for him in its evocation of memories through something that transcends the everyday, which is invisible and beyond expression in words.

“Proust’s writing is in itself musical, with it sounds and rhythms, and it’s worth remembering that Wagner, with his use of leitmotifs, acted as a kind of inspiration for Proust’s literary techniques in A la recherche de temps perdu. [Wagner is represented on The Proust Album by his compact Elegy in A flat, a piece very much in the yearning vein of the prelude to Tristan und Isolde.] There are subtle analogies between music and Proust’s writing, and there are many facets of Proust that are reflected in this album. It’s a matter of apprehending the world and transforming it into poetry. I hope that, in its own way, this album will act as a kind of madeleine for the listener.

“The turn of the 20th century was something of a golden era for French music. It reflected what was going on in France at the time., and each of the pieces on the album has a distinctive identity. The Exposition Universelle, staged in Paris in 1889, took visitors on a voyage of musical discovery. Debussy, for instance, was fascinated by his experience of an Indonesian gamelan orchestra. Proust talks about all this, and I think there is something very modern about listening to this music from other cultures and appreciating the colours it brought to French literature and painting. The relationship between literature and music in general is something that I personally find very enriching.”

Proust suffered from ill health and wrote much of A la recherche du temps perdu while confined to his bedroom. Shani Diluka sees this as directly relevant to today’s world with its pandemic conditions:

“Proust managed to transcend reality, going beyond his windows, and to imagine a world of colours, scents, evocations, memories and projections. In the uncertain times we are living through, I think that we can take inspiration from this for our daily existence.”

The Proust Album is Shani Diluka’s second release on Warner Classics, following Cosmos. Beethoven & Indian Ragas. The daughter of parents from Sri Lanka, she was born in Monaco, trained at the Paris Conservatory and was selected for Martha Argerich’s Lake Como International Piano Academy. Her mentors have included pianists Elisabeth Leonskaja, Leon Fleisher and Menahem Pressler, and cellist Valentin Erben (formerly of the Alban Berg Quartett). She has collaborated with such musicians as Vladimir Fedosseiev, Lawrence Foster, Andrew Manze, Gábor Takács-Nagy and Quatuor Ebène, and with the actors Sophie Marceau and Gérard Depardieu. 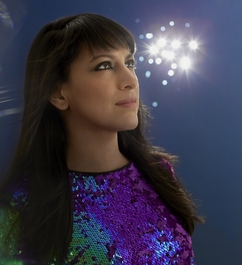 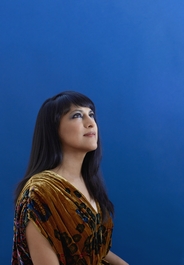 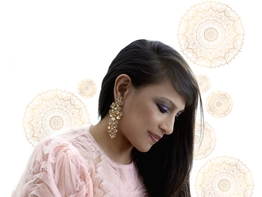 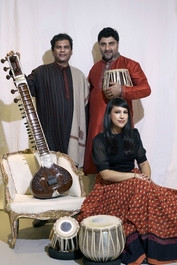 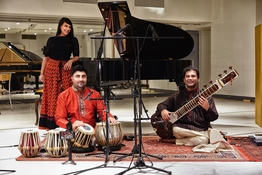 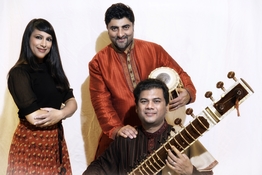