Rudolf Schock: the great German tenor would have been 100 today

Who could forget charismatic operetta star Rudolf Schock? As an opera singer he was celebrated on stages of the world in repertoire from Puccini to Wagner, becoming one of the first German singers to appear at Covent Garden in 1949 (Rodolfo, Pinkerton and Tamino among other roles). However, it was as a dazzling operetta hero that he won the hearts of a wider audience.

Schock, who was born on 4 September, 1915, was also one of the first German tenors to appreciate the importance of the silver screen. The seductive sound of his voice and his unsurpassable charisma gave him a head start in the new medium and turned him into a film and TV star almost overnight. He is beloved for his 1953 portrayal of the tenor Richard Tauber in the film Du bist die Welt für mich. He passed away in 1986 at the age of 71.

The opera highlights from the 1950's assembled here present French, Italian and German repertoire that shows the great tenor at the height of his vocal powers. Opera in German for the nostalgic – but fascinating for younger opera fans as well! 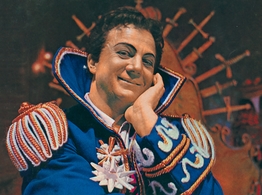 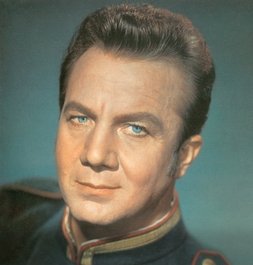