The newest exciting young artist to join the Warner Classics roster is the 15-year-old Dutch violinist, Noa Wildschut. She has signed an exclusive agreement with the label and her first release will be an all-Mozart album, to be recorded this November and released in 2017: the Violin Concerto No 5 and the Adagio K.261, for which she will be joined by the Netherlands Chamber Orchestra under the leadership of Gordan Nikolić, and the Violin Sonata in B flat major, K.454, with prizewinning pianist and festival director Yoram Ish-Hurwitz.

Noa, who has been described as “a miracle of musicality” is already well-known in the Netherlands, where she currently studies at the Amsterdam Conservatory. She made her debut at the celebrated Amsterdam Concertgebouw at the age of just seven and regularly performs around the country, giving concerts with such orchestras such as the Rotterdam Philharmonic, Hague Philharmonic, Netherlands Philharmonic and Amsterdam Concertgebouw Chamber Orchestra. In 2013 she participated in a live televised concert to celebrate the bicentenary of the Kingdom of the Netherlands and in 2014 played for the Dalai Lama when he made an official visit.

Internationally, Noa has established a reputation with concerts in Germany, France, Spain, Luxembourg, Switzerland, the UK, Bulgaria, Denmark, Liechtenstein, Austria, Canada, the USA and Brazil, and has played with such renowned orchestras as Kremerata Baltica and the Basel Symphony Orchestra. Among her plans for the coming seasons are performances with the Pittsburgh Symphony Orchestra, Konzerthausorchester Berlin and Lucerne Symphony Orchestra.

In Madrid in September 2015, before Queen Sofia of Spain, she performed with no less a partner than Anne-Sophie Mutter, who has described Noa as “undoubtedly one of the musical hopes of her generation”. As the holder (since 2015) of a scholarship from the Anne-Sophie Mutter Foundation, Noa is the youngest of the eight exceptional string-players who currently receive personal mentoring from Ms Mutter and other forms of support in their artistic development. She also tours as a member of the Mutter Virtuosi, an ensemble comprising current and former scholarship-holders and a selection of other outstanding young players.

The daughter of two musicians (her mother is a violin teacher and her father plays viola in the Netherlands Radio Philharmonic Orchestra), and the niece of her recital partner, pianist Yoram Ish-Hurwitz, Noa started playing the violin at the age of four. She first came to international attention when, at the age of just nine, she won first prize at the Louis Spohr Competition for Young Violinists in Weimar.

Commenting on her new relationship with Warner Classics, Noa Wildschut says:
“I am so happy and honoured to be welcomed into the Warner Classics family, which contains so many wonderful musicians, and I am so looking forward to making the Mozart album. It’s our first project together and it’s a new adventure for me to be making a recording in the studio.

We’ve chosen a programme I feel very comfortable with, but it also presents me with an enjoyable challenge: Mozart’s music is so clean and pure, yet also so full of life. He has a special significance for me since it was with his music that I won the Louis Spohr Competition, and that’s where my life as a concert performer really started.

Whenever I play, it is important to me to enjoy making music and to share my joy with the people around me. I love what I do and I’m constantly searching for new inspiration and for new challenges that help me to learn – I’m always trying to learn as much as possible.”

“Noa’s sheer talent is complemented by an artistic maturity beyond her years, and I am more than confident that she will sparkle among the other distinguished violinists on the Warner Classics roster – Itzhak Perlman, Kyung Wha Chung, Vilde Frang and Benjamin Beilman.”

Noa, who alongside her musical studies and her performing career, continues with conventional academic studies, also believes passionately in the intellectual and social benefits that classical music can bring to young people. As she explained in April to the audience at the TEDxAmsterdamED conference, those benefits became especially apparent to her in late 2015, when she visited the city of João Pessoa in Brazil to participate in a music festival and also to give her first masterclass. While there, she visited a school in a poverty-stricken favela where, thanks to a special educational programme, every pupil had the opportunity to study a stringed instrument.

“When I visited the school, where the temperature in the classroom was 40 degrees, I noticed how happy the children were to have the chance to make music. I believe that music can play an important role in developing young people’s minds and their ability to focus, but – even more important than that – music connects people. It is a wonderful tool when it comes to helping each other. In fact, my uncle and I are already thinking of organising a music project for and with refugee children in the Netherlands. It will help them to get to know each other through a universal language and, best of all, to have fun with each other!

"For me, the most wonderful thing about playing is the joy that it can bring to people and the joy of playing together with other musicians. I want to be able to bring hope and happiness to people, however old they are and whatever circumstances they are living in. When I say that, I’m in no way setting myself as some kind of example. It’s all about coming together so that we can all gain from what music has to offer the world.” 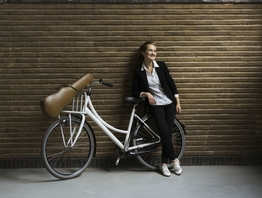 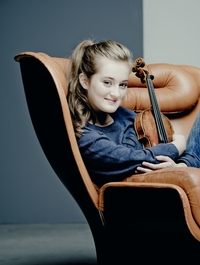 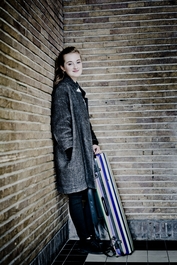 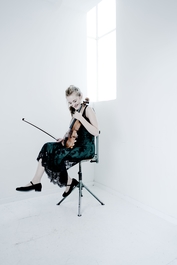 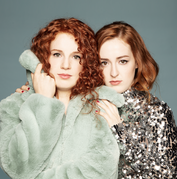