A companion album of violinist Min Kym’s recordings is to be released to accompany her highly anticipated memoir Gone, in an innovative global partnership between Penguin Random House and Warner Classics.

The book, Gone: A Girl, A Violin, A Life Unstrung, tells violinist Min Kym’s heartbreaking yet uplifting story. She was a child prodigy, the youngest ever pupil at the Purcell School of Music, and on course for a stellar career until her violin – a priceless 1696 Stradivarius – was stolen from her. Gone will be published in April 2017 by Viking UK and Crown US, both imprints of Penguin Random House.

Enriching Min Kym’s words with music, Warner Classics is releasing a separate album of her original recordings for the first time. Gone: The Album features the young virtuoso’s performance of the Brahms Violin Concerto with the Philharmonia Orchestra and maestro Sir Andrew Davis – in which she plays the violin that was cruelly stolen from her – along with the Rondo from Lalo’s Symphonie Espagnole, recorded with the London Symphony Orchestra at the famed Abbey Road Studios.

There are also chamber music recordings (Prokofiev, Saint-Saëns), and music from Min Kym’s private collection of recordings she made at the Royal College of Music as a star student. Most of the music on the album has never before been released, giving invaluable insight into the prodigious talent, passion and love that Min Kym poured into her music and expressed through her violin.

Readers will be able to listen to the author playing the music she describes in the book, following her journey in words and music. The tracks will be listed by symbols on the pages (and links in the ebook edition).

Min Kym said: “I am so excited that Warner Classics are going to release this album with Penguin. These tracks represent a highly personal snapshot of my musical development from the age of 11 – some of them were recorded on cassette tape during lessons (and had I known that one day they would be released, I’d have no doubt practised harder!). But this was the reality: my reality as a child prodigy, and a life as a musician. I’m proud of the pieces I played with my stolen Stradivarius, though they sound like a lifetime ago. In a sense, this album is as much a memoir told in music as the book is in words.”

Susan Cain, author of the international bestseller Quiet: The Power of Introverts In A World That Can’t Stop Talking, has described Gone as ‘a spellbinding tale of love and loss’. 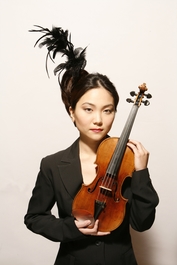 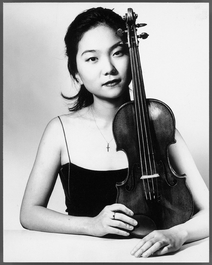 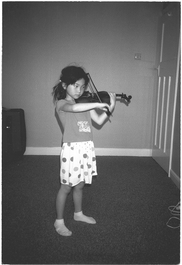 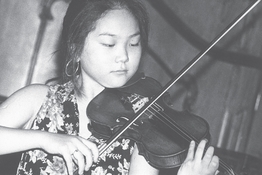 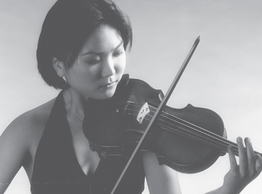 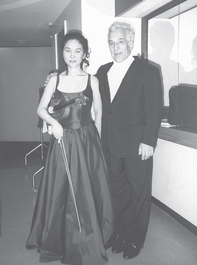