Born in 1943 in the Latvian capital of Riga, Mariss Jansons grew up in the Soviet Union as the son of conductor Arvid Jansons, studying violin, viola and piano and completing his musical education in conducting with high honours at the Leningrad Conservatory. Further studies followed with Hans Sw

Born in 1943 in the Latvian capital of Riga, Mariss Jansons grew up in the Soviet Union as the son of conductor Arvid Jansons, studying violin, viola and piano and completing his musical education in conducting with high honours at the Leningrad Conservatory. Further studies followed with Hans Swarovsky in Vienna and Herbert von Karajan in Salzburg. In 1971 he won the conducting competition sponsored by the Karajan Foundation in Berlin. His work was also significantly influenced by the legendary Russian conductor Yevgeny Mravinsky, who engaged Mariss Jansons as his assistant at the Leningrad Philharmonic in 1972. Over the succeeding years Mariss Jansons remained loyal to this orchestra, today renamed the St. Petersburg Philharmonic, as a regular conductor until 1999, conducting the orchestra during that period on tours throughout the world. From 1971 to 2000 he was also professor of conducting at the St. Petersburg Conservatoire.

Mariss Jansons placed special emphasis on his work with young musicians. He conducted the Gustav Mahler Youth Orchestra on a European tour and worked with the Attersee Institute Orchestra, with which he appeared at the Salzburg Festival. In Munich he gave regular concerts with various Bavarian Youth Orchestras and the Academy of the Symphonieorchester des Bayerischen Rundfunks. He was also the Artistic Director of the Masterprize Composing Competition.

On January 1, 2006, Mariss Jansons was, for the first time, conductor at the annual New Year’s Concert of the Vienna Philharmonic, which was telecast by 60 different stations on every continent and seen by more than fifty million viewers.

Often hailed as one of the greatest conductors of his time, Jansons passed away in November 2019 at age 76. 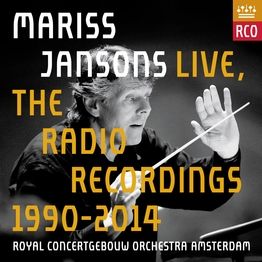 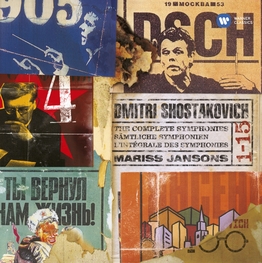 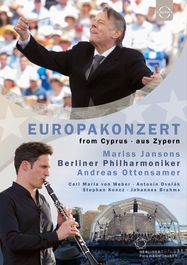