Kyung Wha Chung's dazzling and probing artistry has made her one of classical music's most acclaimed performers for more than 45 years. Lauded for her passion, her musicality and the intense excitement that she brings to her performances, Ms. Chung's uniquely expressive interpretations of the violin literature have established her as an artist of the very highest stature.

After a career break of more than a decade she has announced to her fans the decision to return to the recording studio. With this album she fulfils a lifelong dream of recording the complete violin solo works by J.S. Bach, a project very close to her heart. The album, recorded at St George’s Bristol, will showcase Kyung Wha Chung as the maverick of the violin that she is, with her inimitable and timeless sound.

Ms. Chung teamed up with Grammy-winning producer Stephen Johns for this major comeback. Future projects include a recital disc with pianist Kevin Kenner and a concerto recording.

"I’m delighted to announce that I am so happy to be returning to the recording studio after many years for a series of exciting artistic projects," said Chung in a statement. "The first of these is the solo Sonatas & Partitas of J.S. Bach: a monumental task. This is the unending quest of my musical journey. To have the opportunity to work again with Stephen Johns (who was my long-term producer at EMI) is wonderful, as is being made to feel such a welcome part of my Warner family. I will soon share more news about this wonderful new adventure with all of you."

“A master of violin is back! She is as true as one can be to one’s art, one’s own self and the violin literature” said Jean-Philippe Rolland, EVP of Artists & Repertoire at Warner Classics and a close collaborator for many years. “Music lovers have been missing you all these years. Welcome back, Kyung Wha Chung!”

Kyung Wha Chung signed an exclusive recording contract with EMI (now Warner Classics) in 1988, and made numerous critically-acclaimed and award-winning recordings for the label. Her album of Bartók's Second Violin Concerto and Rhapsodies under Sir Simon Rattle won a Gramophone Award.

In 2005 she stopped performing in public and recording due to an injury and focused all her efforts in raising her family and teaching a whole new generation of violinists at the prestigious Juilliard School in New York.

Kyung Wha Chung’s first appearance following her injury took place in 2010 with Vladimir Ashkenazy and the Philharmonia Orchestra, and she began touring again in Asia from 2013. In December 2014 she made a much-anticipated return to the UK with a series of concerts culminating in a sold-out performance at the Royal Festival Hall, London.

Born in South Korea, Kyung Wha Chung began studying the violin at the age of 6. At New York's Juilliard School, she studied with the legendary Ivan Galamian and later coached with Joseph Szigeti, who also introduced her to art and literature.

The Complete Kyung Wha Chung recordings on Warner Classics, made between 1978 and 2000, are available as an 11CD + DVD boxed set.

Kyung Wha Chung, one of the great violinists of the past 50 years, first made musical headlines in 1967, when she won the prestigious Leventritt Competition in New York. Today – following an enforced five-year break from performance, the consequence of an injury to her left hand – she continues to live up to her reputation as a passionate and probing virtuoso.

When, at the end of 2014, Chung played in London for the first time in over a decade, the Sunday Times wrote: “ ... Still a sound of utter resplendency, a brilliantly shining tone right across the instrument; a projection to make light of the acoustic distances to be travelled; an ardour, physical, musical and spiritual, that seems undimmed by years ... extraordinary music-making.”

This 11-CD collection gathers together all the recordings Kyung Wha Chung made for EMI (now Warner Classics) between 1978 and 2000, with the majority dating from the years after 1988, the year she signed an exclusive contract with the label. The anthology showcases the different facets of her art: as a concerto soloist, collaborating with such conductors as Simon Rattle, Riccardo Muti and Klaus Tennstedt in works by Beethoven, Brahms, Dvořák, Bruch, Bartók and Vivaldi; in works for solo violin and piano, playing Brahms’ three sonatas with pianist Peter Frankl, and in a wide-ranging album of short pieces – from Bach through Kreisler and Massenet to Szymanowski and Stravinsky – in partnership with pianist Itamar Golan; and as a chamber musician, in piano trios by Mendelssohn and Schumann (with Paul Tortelier and André Previn) and by Beethoven, Tchaikovsky and Shostakovich (with her sister Myung-Wha Chung as cellist and brother Myung-Whun Chung as pianist).

The box also includes a DVD of a 1989 video recording, made at a performance at the Amsterdam Concertgebouw, of the Beethoven Violin Concerto; as in the audio-only recording in the collection, the Royal Concertgebouw Orchestra is conducted by Klaus Tennstedt.

Kyung Wha Chung was one of the first musicians from South Korea to achieve an international reputation. She began studying the violin at age six and at the age of twelve went to the USA, where she studied at the Juilliard School in New York with Ivan Galamian (described in The New York Times as “maybe the greatest violin teacher in history''), also receiving coaching from Joseph Szigeti and Szymon Goldberg.

In recent years she has herself become a professor at the Juilliard School, and in South Korea has taught at Ewha University and been active as co-artistic director of the Great Mountains Music Festival.

Describing her approach to playing in an interview with The Strad magazine in 1989, Chung said: “As Szigeti taught, there are colours everywhere in music, and every piece has its own atmosphere. After all, everything is related to nature, all the composers worked with nature and nature is filled with every kind of colour. Each player has his own way of gauging the intensities, but every sensitive musician will somehow translate these colours into sounds ... I’ve learned that ego isn’t the determining factor ... the music must come from a deeper source. You must let the music speak through you, and experience it completely. There is no short cut to musical integrity. You must do it honestly.” 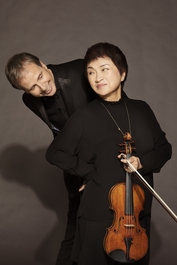 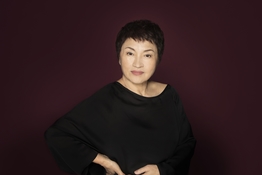 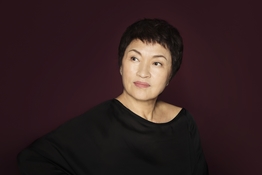 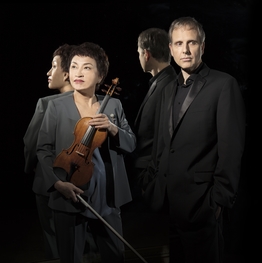 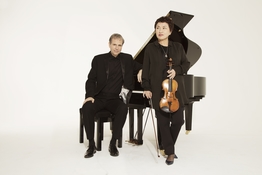 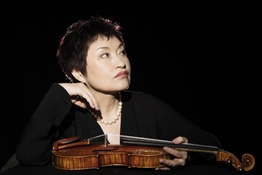 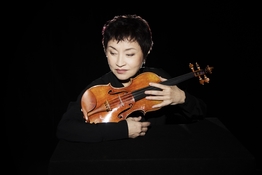 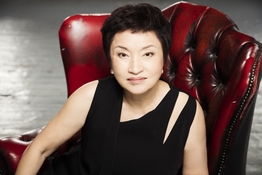 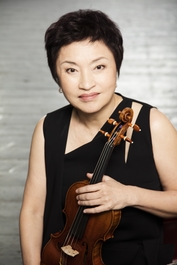 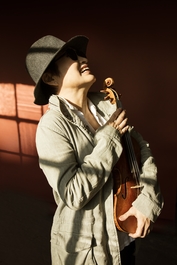 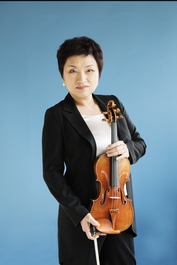 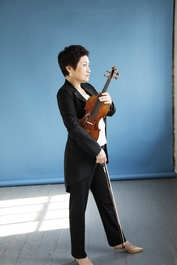