Karl Jenkins' 'The Armed Man: A Mass for Peace' on vinyl for Record Store Day

This year's Record Store Day exclusive offerings will include a limited-edition 2-LP edition of The Armed Man: A Mass for Peace by cult Welsh composer Sir Karl Jenkins. The work will be available for the first time on vinyl to mark the centenary of the Armistace that ended WWI on 11 November 1918.

Commissioned by the Royal Armouries Museum for the Millennium celebrations in 2000, The Armed Man was dedicated to victims of the Kosovo crisis. Like Benjamin Britten's War Requiem before it, it is a powerful anti-war statement based on the Catholic Mass, which Jenkins combines with other poignant sources. The work has had over 2000 performances since it was first published (premiering 25 April 2000) and continues to be performed by professional choirs and amateur choral societies all over the world.

Recorded during summer 2000, the album was released on CD and cassette in September 2001, has achieved double-gold award status in the UK with more than 216,000 copies sold, and remains a constant bestseller on the official UK Classical Artist Chart.

'The Armed Man is probably the most important work I’ve written to date, in that it was pivotal in my changing direction and therefore my musical life,' says Jenkins. 'It was dedicated to the victims of Kosovo. The tragedy in the Balkans was unfolding as I composed, and was a constant reminder of the sentiment that was at the core of this work.

'The piece was a millennium commission, written in the hope that the 21st century would herald a new beginning but, sadly, the past years have proved otherwise. However, from much of the correspondence I’ve received, it appears the music has brought comfort and solace to many, which is both very humbling and gratifying. The text of The Armed Man draws on numerous different sources, and is meant to be an all-embracing and universal work with a message for all.'

British humanitarian and author Terry Waite CBE said: 'Karl Jenkins’s The Armed Man: A Mass For Peace was one of the most moving performances I have ever attended. This powerful work should convince even the most hardened cynic that war is a futile and brutal exercise and we should do all in our power to promote peace.’

The Armed Man will be available for Record Store Day 2018 as a limited-edition double LP exclusive to the UK, with two 180g heavyweight vinyl records, deluxe gatefold packaging and inner sleevenote including lyrics, and a bonus track - In Memoriam Alfryn Jenkins.

Record Store Day 2018 will take place around the world on 21 April 2018. Thousands of record stores around the world celebrate their unique culture, with special vinyl releases made available exclusively for the day and many shops and cities hosting performances and events to mark the occasion, in what has become one of the biggest annual events on the music calendar. In the spirit of these festivities, this LP will not be available to purchase online. Find a record store near you here.

The recently-knighted Sir Karl Jenkins returns to London's Royal Albert Hall on 3 July to conduct the 2000th performance of one of his best-loved works, The Armed Man: A Mass for Peace. To celebrate the landmark 2000th performance, Warner Classics releases a numbered, strictly limited run of a special edition CD+DVD set. This highly sought-after and collectable release, out 1 July, includes the complete original recording together with a DVD concert performance captured live from St David's Hall, Cardiff. It also includes the additional work For the Fallen: In Memoriam Alfryn Jenkins, exclusive to this edition and featuring special guests Hayley Westenra and veteran character actor and comedian, Bernard Cribbins OBE. This release will be available exclusively on Amazon UK.

This popular choral and orchestral work was commissioned by the Royal Armouries Museum as part of the millennium celebrations and was given its world premiere at the Royal Albert Hall in April 2000.

The work is now performed, on average, twice a week around the world. The album has never left the classical charts and has achieved seventeen gold and platinum disc awards, proving it to be a modern favourite in Britain and further afield. This piece explores themes of war, peace and racial and religious tolerance, and incorporates, in words and music, cultural influences from all over the world.

“When I started on this last phase of my career,” says Sir Karl Jenkins, “with Adiemus in 1995 and then The Armed Man: A Mass For Peace for the millennium, it was inconceivable, then, as to where this would lead. The Armed Man developed a core of supporters for a couple of years, but then burgeoned on a global scale. It is with incredible pride, and no small degree of disbelief and humility, that we celebrate the 2000th performance on 3 July at the Royal Albert Hall with the Royal Choral Society and the Royal Philharmonic Orchestra.

"Warner Classics is releasing a special limited edition of 2000 CDs, marking each performance. I have conducted only a fraction of these performances, but there have been some memorable occasions where I have witnessed how my music can move and unite performers and audiences, such as the 10th anniversary of 9/11 in New York. The message of peace and tolerance, which I originally conceived in the wake of the war in Kosovo, has proved to be one that people find universal. In the years since the Royal Albert Hall premiere, performances have taken place on all habitable continents. Sadly, there are no fewer wars in the world today than when I wrote The Armed Man, yet I continue to hope that performances will inspire reflection and provide solace.

Patrick Lemanski, Head of Warner Classics UK, says, “Bravo Karl! One of the reasons I joined Warner Music was to be able to work with the label’s vast and extraordinary catalogue, including the music of Sir Karl Jenkins. I have always admired his large-scale works and his ability to bring music to an ever-wider audience. We have been working together to present his fans with this fantastic new limited edition of The Armed Man, with its distinctive look and the inclusion of the DVD of the concert he conducted himself at St David’s Hall in Cardiff. It will make a beautiful item for collectors and fans all over the world.”

The limited, numbered CD+DVD edition of The Armed Man will be available from 1 July exclusively from Amazon UK (while stocks last)

Enter the chance to win Armed Man concert tickets, signed score and limited edition CD+DVD, plus the chance to meet Sir Karl after the performance

Karl Jenkins, the famed composer of The Armed Man: A Mass for Peace, Adiemus, Palladio and other contemporary masterpieces, was awarded a knighthood from the Princess Royal in a ceremony today at Buckingham Palace. He becomes the first Welsh composer to be knighted.

At 71, Sir Karl is one of today's most popular British composers. Last month saw the much-anticipated release of his autobiography, Still With the Music, and a companion album celebrating his meditative, instantly recognisable sound.

An 8-CD boxed set of his choral and vocal music, Voices, was released on 25 September and features singers such as Bryn Terfel and Lucy Crowe as soloists with the London Symphony Orchestra and London Philharmonic.

Anyone coming fresh to Karl Jenkins’s music today is sure to be amazed by its stylistic range and all-encompassing variety. Music for choirs, orchestras and soloists, for commerce, film and theatre, performed in styles as varied as classical, ecclesiastical, ethnic and jazz-rock. Music that is often erudite but always accessible and welcoming. Such is merely to hint at the musical versatility of Karl Jenkins, or Sir Karl, as he became after his knighthood in June 2015.

Now, this British national treasure, who celebrated his 70th birthday last year, has released his autobiography, Still With the Music (Elliott & Thompson publications).

Still With the Music: The Album is a companion to the autobiography, a 16-track collection of music from Karl Jenkins’s best-selling albums, spanning 20 years of music making from Adiemus - Songs of Sanctuary (1995) to the world-premiere recording of 'The Canticle of Simeon' from his major new work The Healer.

A second, more comprehensive collection of Sir Karl's music will also be released on 25 September. The 8 CDs that make up the Voices collection are a glorious celebration of the human voice for which Karl writes so beautifully. Bryn Terfel has said that Karl always produces ‘impeccable writing for a multitude of voices and instruments’, a skill that in some surveys has made him the most-performed living composer in the world.

Karl Jenkins, the composer of The Armed Man: A Mass for Peace, Adiemus, Palladio and other contemporary masterpieces has been awarded a knighthood in the Queen's birthday honours June 12.

Now 71 years old, he had been honoured with an OBE ten years ago, before being named a Commander of the Order of the British Empire in 2010.

Sir Karl is one of today's most popular British composers, with many best-selling albums devoted to his music, renowned for its envelopping string and choral textures that transcend traditional genre divides.

"I’m not part of the establishment and so to get this honour is great. I write accessible music that appeals to people around the world and this is vindication of that," he told Wales Online.

Also included in this year's list of accolades was legendary British conductor Sir Neville Marriner, who has been named a Companion of Honour. 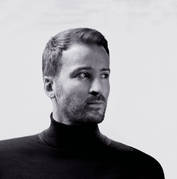 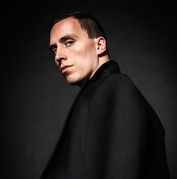 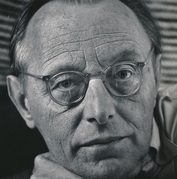 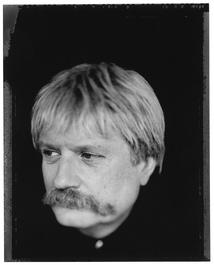 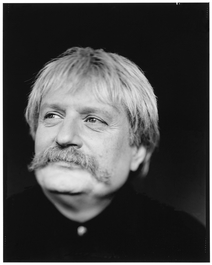 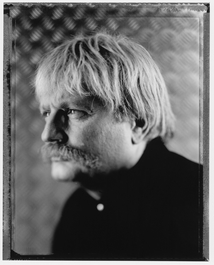 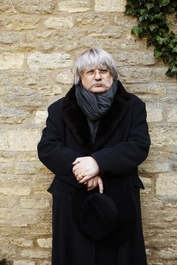 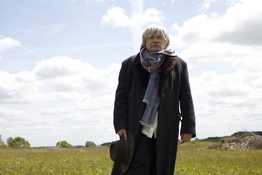 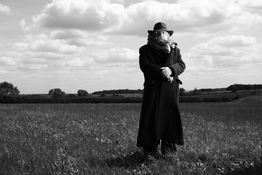 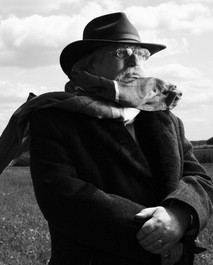 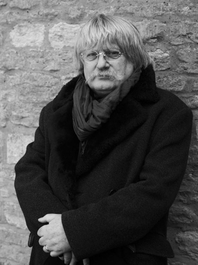 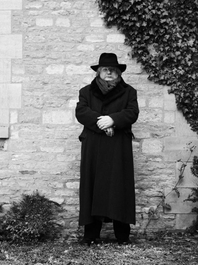 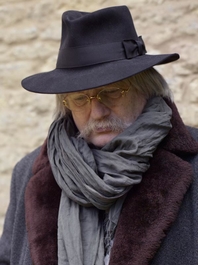 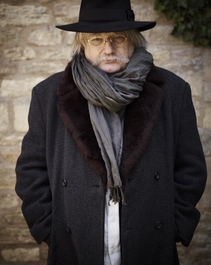 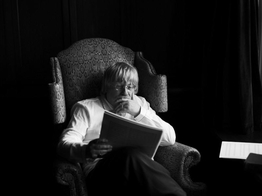 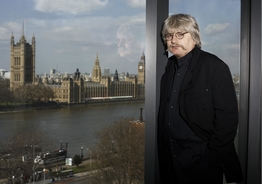 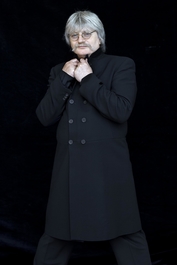