Jon Vickers, the greatest heroic tenor of his era, died on 10July 2015 at the age of 88. The Warner Classics catalogue contains recordings of Vickers in several of his most important operatic roles – Otello and Tristan with Karajan and Florestan (Fidelio) with Klemperer, but his Winterreise is his only recording of song for the label and it has not been consistently available: it can legitimately be described as a collector’s item.

It is also one of his last recordings, made in Paris in 1983 – just four years before he retired from the stage. In it, he relives the 24 songs in Schubert’s harrowing cycle with the almost hallucinatory intensity that characterised his performances in opera.

He reveals the secrets of his interpretative powers on the companion disc; it contains a public interview given in 1998 at London’s Barbican Centre to broadcaster Jon Tolansky, who describes Vickers as “a titanic singer”. In the interview Vickers’ extraordinary personality becomes apparent: modest and humorous at one moment, exuding missionary zeal at another, sometimes rising to almost visionary heights.

Vickers was born in Saskatchewan, Canada in 1926 and came to international prominence when he sang at Covent Garden in London in 1957, notably taking the title role in Luchino Visconti’s famous production of Verdi’s Don Carlo. He went on to become one of the most important singers of his time and his repertoire also included such roles as Parsifal, Siegmund, Radamès, Canio, Don José (he stars opposite Grace Bumbry in a Warner Classics recording of Carmen), Enée, Samson (Saint-Saëns and Handel) and Peter Grimes. His strong Christian beliefs often influenced his choices, and he famously withdrew from singing Wagner’s Tannhäuser because he considered the role immoral.

The organ-like amplitude of his bronze-toned voice was impressive, but it was also capable of exceptional delicacy, and his interpretations are extraordinary for their power, intensity and insight. As he told Jon Tolansky in an interview published in Opera magazine: “I felt as my responsibility to the composer, librettist and, very importantly, the audience, that I must completely put myself in the situation of the character and try to analyse what that character is experiencing and feeling at every given moment that I am singing that part – and of course it constantly varied with the different characters and situations. That was always the starting point. You have to surrender your own emotions to the emotions of the character you are portraying.”

Winterreise gives Vickers the opportunity to explore the psychology of a man in crisis as Wilhelm Müller’s poems take the song cycle’s lovelorn hero on a sombre winter journey. It is not an interpretation to be directly compared with versions by such lieder specialists as Dietrich Fischer-Dieskau and Ian Bostridge, but it is the work of a towering and compelling artist: Vickers was a singer of deep convictions who functioned on an epic scale.

Jon Vickers: In Memoriam - Schubert Winterreise is out now.

The Canadian tenor Jon Vickers died on Friday, 10 July, following a long period in a nursing home with Alzheimer's disease. He would have celebrated his 90th birthday next year. His clear, strong, instantly recognisable voice and charismatic stage presence led him to dominate Covent Garden, the New York Metropolitan Opera and Bayreuth.

For EMI Classics, now Warner Classics, Vickers recorded a milestone Verdi Otello alongside Mirella Freni and conducted by Herbert von Karajan. With the same maestro he recorded Tristan und Isolde, in a classic cast including Christa Ludwig and Peter Schreier. He is also one of the greatest Florestans (Beethoven's Fidelio) on record.

The announcement came from Vickers' family in an official statement. "His family and dearest friends remember him for his ringing laughter, warmth, and generous spirit. A man of the land who was the most at home on his farm, surrounded by nature and his family, he had an abiding search for the truths and essences of life," his children wrote.

Opera expert and radio personality Jon Tolansky has paid tribute to Vickers, praising the heldentenor for "a voice of enormous range, both in terms of its dynamics and its expression. A great actor who was sometimes compared to some of the Shakespearean actors of his time. Jon Vickers will be remembered by opera and music lovers worldwide as one of the most powerful figures every to be seen or heard on the operatic stage.”

1950 – After starting a career in retail administration, he enters the Toronto Conservatory of Music

1958 – Sings the title role in Don Carlo in a new production by Luchino Visconti, at the Royal Opera House Covent Garden, with Carlo Maria Giulini conducting

1960 – Metropolitan Opera debut as Canio in I pagliacci

1970 – Performs Otello with Herbert von Karajan at the Salzburg Festival

1988 – Sings for the last time in a concert performance of Act 2 of Parsifal in Kitchener, Ontario

1998 – Recites Tennyson’s Enoch Arden in Strauss’s version for narrator and piano, in Montreal 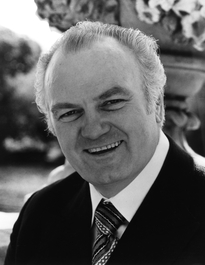 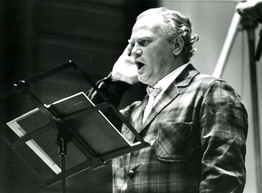 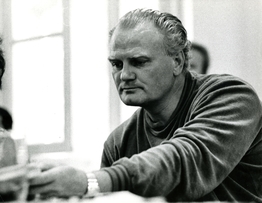