Marking Beethoven’s 250th birthday in a suitably heroic fashion, Fazıl Say has recorded all 32 of the composer’s piano sonatas. They are released on 9CDs, complemented by a two-disc vinyl release containing four of the best-loved sonatas: the ‘Pathétique’, ‘Moonlight’, ‘Waldstein’ and ‘Appassionata’.

Say, who recorded the works between May 2017 and May 2019 at his favourite recording venue, the Mozarteum in Salzburg, has provided his characteristically frank, original and stimulating thoughts on this mighty undertaking.

“Beethoven was my idol and my mentor”

“I began this project in May 2017. At the time I had only ever played 14 of Beethoven’s sonatas, so I had 18 more to learn from scratch. 2020 is Beethoven’s 250th anniversary, and I aimed to complete the project by that date.

“I first played Beethoven’s smaller sonatas at the age of eight. In my 30s [Say turns 50 in January 2020], I recorded five of his sonatas for an album, but I was never happy with the results. Over the years I’ve occasionally included sonatas like the ‘Pathetique’, op.109, ‘Hammerklavier’ and ‘Les Adieux’ in my concert repertoire. For the present recording, however, I set myself a rule: ‘Make sure you’re happy with the results.’

“Our recording of this Beethoven cycle occupied a total of 18 days, divided into five different sessions spread over a two-year period. It was labour-intensive, but working on 32 Beethoven pieces of infinite depth gave me an inexhaustible motivation. Throughout those two years, Beethoven was my idol and my mentor.”

“Recording Beethoven’s 32 sonatas was a lengthy and tiring process, especially as they have previously been recorded by some of the greatest artists of the 20th century … I wanted to immerse myself in a difficult project, devote myself to it and become detached from everything else, from all my anxieties and worries about the future. I wanted to come to terms with myself, understand the things that were making me unhappy and become a better version of myself … To play better, to use my body and mind better, to speed up my learning process, to analyse things more deeply and, ultimately, create one of the greatest interpretations of one of the greatest composers.

“This is a 605-minute piece containing 32 sonatas. It’s like a sacred text for musicians. I wanted to give the world a great gift. I spent two years of my life working day and night to reacquaint 21st-century listeners with the sonatas in the here and now, and to present the music with the utmost freshness and brilliance.

“To date I have recorded 40 albums and composed 80 works. I have given around 3,000 concerts in various countries around the world. In the wake of all that I’d developed a desire to go beyond these achievements and do some of the very sincerest work I was capable of. That was how these recordings came about.

“There was an interesting new development during this recording process, in that I approached the playing with the mindset of a composer rather than that of a performer. When we interpret a composer’s work, we need to remain faithful to it. In other words, we need to feel like a composer. Compositions should be interpreted with the same freshness as a completely new piece of music that has just been created. To achieve this, we need to have a sense of what the composer imagined.”

“During my two years working on Beethoven, I came up with two important imaginary creations. The first was the ‘Fazıl Say Beethoven Orchestra’. I wanted to experience every piano sonata as though it were a symphony, to hear every sonata and every note in my mind, as though listening to an orchestra. I had imaginary rehearsals with this imaginary orchestra. Sometimes this imaginary scene was presided over by a conservative conductor, or one who was a manic Beethoven enthusiast; these imaginary rehearsals could be led by a wild Karajan or a sedate Furtwangler. They all directed my orchestra. We always held four-hour dress rehearsals for each sonata.

“I took another, even more fantastical approach. I played the sonatas to an ‘imaginary Beethoven’, who sat next to me, brimming with boundless energy and musical spirit. The imaginary Beethoven showed me his music, sometimes soothing me, sometimes wrestling with the dissatisfaction in my mind. This was the hardest and most unforgiving stage.

“Inside this imaginary world, I felt a need to prove myself. These imaginings ended with the start of recording in May 2017, and when sessions came to a close in May 2019, a strange weight lifted from me. I felt like I was in a huge void.”

“I devised my own personal leitmotifs.”

“Music should relate something, and the person relating it should make this narrative as clear as possible … This makes it important to assign names to melodies, to develop a way of working in which the performer devises leitmotifs. In this way it is possible to distance your thoughts from the mathematics of the text and instead to dramatise it.

“I devised my own personal leitmotifs for every theme of every sonata. For example, I came up with the ‘old man’ leitmotif for the heaviest section of the ‘Pastoral’ Sonata, the ‘distant drums of approaching warships’ leitmotif in the ‘Waldstein’, the ‘hopeless love’ leitmotif in Op.109, the ‘hope’ or ‘rebellion’ leitmotif in the ‘Appassionata’, and so on. I also gave names to some of the nameless sonatas, as I did when recording the Mozart cycle.

“A revolutionary composer starting to create music 50 to 100 years ahead of its time.”

“Together with Beethoven’s extraordinary mastery of all piano techniques, those who interpret his music must also take into account the things he did instinctively as a pianist. I want to hear Beethoven in the music.

“The works of Beethoven’s later period contain momentous steps towards Brahms, Wagner, Schumann and the composers of later generations. This is evident not just in the harmonic aspects and atmosphere of the works, but also in his voicing for the piano, which gradually takes on a more orchestral texture. I think the timbre of his last six sonatas has a very different tone to his previous ones. In fact, we can follow this development from the ‘Appassionata’ Sonata onwards. In my mind, it’s an orchestra that’s playing there. Particularly in the ‘Hammerklavier’ Sonata we can see a Beethoven making musical inroads into future eras, a revolutionary composer starting to create music 50 to 100 years ahead of its time.

“Music should be new every time it’s played. Each time a piece is performed, it should feel as though it has just been written. What matters is what we are saying and which feelings we convey to the human race. No one should say, ‘Beethoven played it like this, and everything else is wrong’. Beethoven would never have said that. Different interpretations are a composer’s delight.”

Renowned pianist and composer Fazıl Say has signed a new recording contract with Warner Classics.  A household name in his native Turkey, Say has been hailed internationally not only as “a pianist of genius”, but as “one of the greatest artists of the 21st century” (Le Figaro). The signing sees Say return to the Warner roster some 18 years after he made his first acclaimed recordings for the Teldec label in 1998 – from Mozart and Bach to Stravinsky, alongside his own contemporary piano masterpiece, Black Earth.

“Fazıl Say is one of the greatest pianists of our era; he is also renowned composer whose unique style creates a scintillating blend of classical and jazz influences,” said Alain Lanceron, President of Warner Classics and Erato. “This is above all an artist engaged in the world around him; a humanist who never stops championing freedom of expression. To see him return to his original label family, with inspired recording projects that will captivate his loyal fans and new listeners alike, is for us a source of great pride.”

Fazıl Say adds: “I’m very happy to be once again a part of Warner. Warner Music launched my recording career twenty years ago when I was a Teldec artist. We now have this wonderful opportunity to record Mozart, as well as future projects ranging from Chopin to Satie, to my own music as a composer.”

Say renews his partnership with Warner Classics with a milestone project particularly dear to him: the complete Mozart Piano Sonatas cycle, for release in September 2016 as a 6-CD boxed set and via digital/streaming platforms.

A brilliant and sensitive player, Say has performed Mozart concertos with some of the most respected orchestras and conductors around the world, including the Orpheus Chamber Orchestra at Carnegie Hall, the Orchestre de Chambre de Paris, and the Academy of St Martin in the Fields. The sonatas for solo piano bring his intimate, deeply personal conception of the composer’s oeuvre to the fore; a purity of musical expression that has long fascinated him as both performer and composer. In 2015, he completed performances of the cycle at the Salzburg Mozart Week in Wolfgang Amadeus’ hometown; undoubtedly the most discerning audience for Mozart in the world.

Recorded in the Great Hall of the Salzburg Mozarteum, this complete set of 18 sonatas has been grouped by key, allowing Say to explore Mozart’s pioneering approach to tonality. In an extensive essay written specially for this collection, the pianist explains his unique and deeply personal relationship with each sonata – in some cases movement by movement.

“This recording for me represents the most comprehensive and important work I have undertaken in my musical life as an interpreter,” Say explains. “The feelings that came to the fore during these recordings are also some of the most special that I have experienced in my life.” 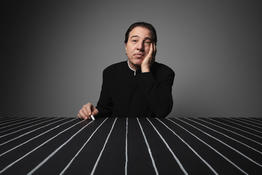 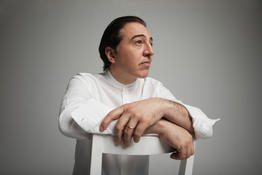 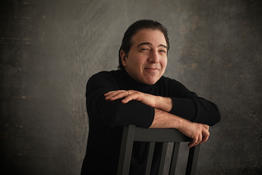 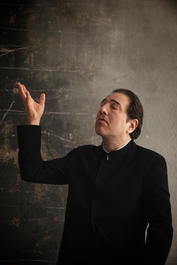 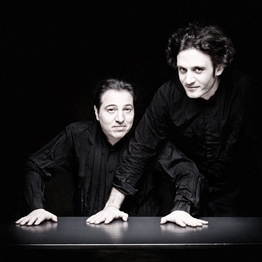 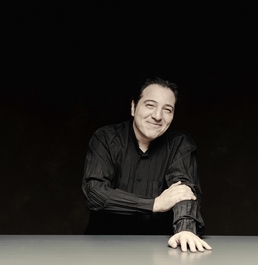 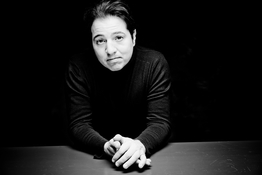 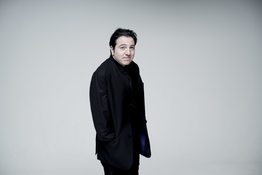 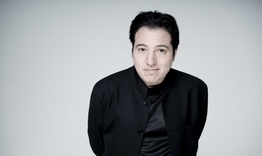 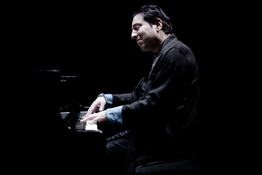 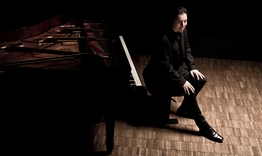 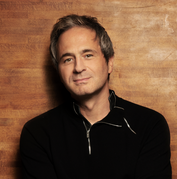 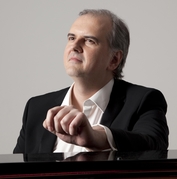 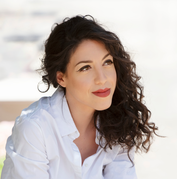 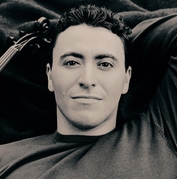