Bruno de Sá’s Erato debut, Roma travestita, could hardly be more striking. The young Brazilian singer – a rare example of a male soprano – explores a period when men habitually assumed female operatic roles on the public stages of Rome. Moreover, eight of the 13 arias on the album are receiving their world premiere recording.

Roma travestita also provides ample evidence of both the brilliance and subtlety of Bruno de Sá’s artistry. The UK magazine Opera has described him as: “astounding … with a high register of soprano purity. A true male soprano able to command thrillingly ringing tones … capable of exquisite cantabile incorporating a ravishing mezza voce.”  His partners on the recording are Il Pomo d’Oro and conductor Francesco Corti, and the programme has been researched and assembled by the indefatigable musicologist Yannis François.

In 1587, Pope Sixtus V banned women from singing on public stages in the Papal States, and female characters were subsequently portrayed by male castrati – Carlo Broschi (better known as Farinelli) and Giovanni Carestini among them. This ban extended into the 18th century, and Roma travestita – ‘cross-dressing Rome’ – comprises arias written between 1721 and 1760 by Vivaldi, Alessandro Scarlatti, Vinci, Galuppi and Piccini, and by composers whose works are true rarities: Capua, Arena, Cocchi, Conforto and Garcìa Fajer. Several of the arias show off the singer’s high register; indeed, ‘Qual pellegrino errante’ from Galuppi’s Evergete (Track 8) features six top D’s, while Piccinni’s ‘Furie di donna irata’ (Track 13) came back to glittering life in the 1960s thanks to a recording by the great Joan Sutherland.

As a natural male soprano, Bruno de Sá has a voice with a particular colour and texture that distinguishes him both from female sopranos and from falsettist countertenors – whose range generally equates to a mezzo-soprano. His philosophy is “to sing roles that my voice allows me to sing”.  On stages in Brazil and Europe these have included roles in operas by Handel (Sesto in Giulio Cesare), Mozart (the First Lady in Die Zauberflöte and Barbarina in Le nozze di Figaro), Wagner (the Shepherd in Tannhäuser), and the contemporary American composer Jherek Bischoff (de Sá took the role of the Little Mermaid in the 2019 world premiere of Andersens Erzählungen, given in Basel, where he was on the theatre’s young artists’ programme).

Bruno de Sá began singing at a very early age and while still a student made his professional debut in São Paulo in Kurt Weill’s Der Jasager. Following further appearances in Brazil, in works by composers ranging from Bach to Rossini to Scott Joplin, he made his German debut in 2016.  His repertoire has also encompassed Puccini, Britten, Bernstein, Adams, the 19th century Italian composer Giuseppe Balducci, and, in 2019 in Potsdam and at the Margrave’s Opera House in Bayreuth, Giovanni Bononcini’s Polifemo, an opera dating from 1702. Both Philippe Jaroussky and Max Emanuel Cenčic have mentored him, and he is a laureate of a number of competitions, notably the Maria Callas Competition, held in São Paulo. In 2020 he received an OPER! Award for Best Newcomer of the Year.

Speaking about Roma travestita, he says: “It’s an amazing opportunity for me as a singer and artist to take on these roles and discover the characteristics of each composer. It will be interesting for audiences to recognize the differences between the male and female roles sung by the castrati, and the way in which the composers wrote from a different perspective in the portrayal of emotions … These days we are so used to seeing women playing men’s roles in opera, but it’s not so common to see a man playing a female role … In these roles for female characters there is a special tenderness. Listening carefully, and looking carefully at all the details, the way the composers work with the words – every single word – is amazing.  Every time I looked at the scores, I discovered something new. I learned so much through the entire process of making the recording … and there will be new things for listeners to discover with Roma travestita.”

Discussing his development as a singer. Bruno de Sá explains that: “I have been singing since the age of two – I come from a family of choral singers.  As a teenager, I kept on singing and then one day I realised I felt a little bit different, that my voice was working differently.  At that point, I was just singing for fun – not taking proper singing lessons, but I realized that my voice was asking for more from my body, more breath support.  This change occurred over a period of six or seven months when I was 15 or 16. Several years later, when I started to study voice seriously, I found I was not able to sing really low. My voice had kept its high register, it was just that my access to the high notes was different.  As I acquired more technique over the years, my voice got bigger and I learned to access my lower register. So everything is really like a soprano for me, but I’m a man singing soprano with a particular colour and quality … That's the character of my voice.

“My goal is to sing what my voice allows me to sing – it doesn’t matter which boxes it ticks or which gender it is. There are so many baroque roles, but the possibilities go further.  Roles I would like to perform are Bellini’s Romeo [normally sung by a mezzo-soprano], Sesto from La clemenza di Tito … I love singing Cherubino in Le nozze di Figaro. Then there is [Gounod’s] Stefano or Oscar in Verdi’s Un ballo in maschera …. I'm open to what my voice allows me to sing.” 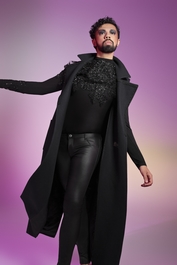 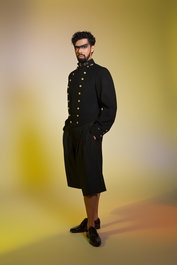 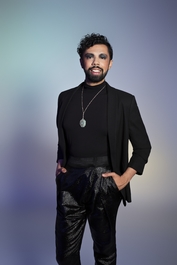 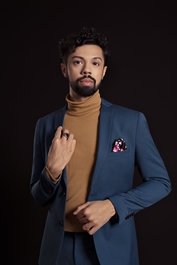 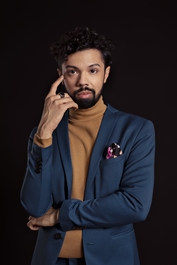 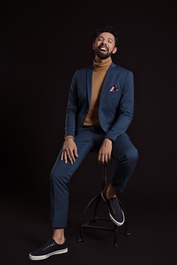 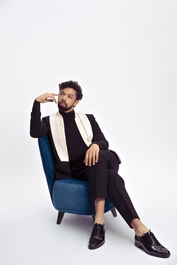 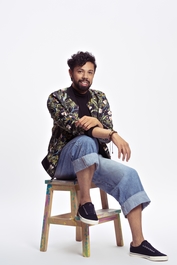