Of the many Warner Classics releases celebrating the 100th anniversary of Benjamin Britten, included are..

The Rape of Lucretia (with Ian Bostridge)

In fact, as this anthology shows, he took inspiration not only from the great English poets, but from a much wider palette including Rimbaud, Hugo, Verlaine and Michelangelo, always displaying an astonishingly sensitive and sophisticated approach to word-setting.

This collection features such masterpieces as the Serenade and Nocturne, the haunting Winter Words, the much-loved folksong arrangements, and the Michelangelo Sonnets and Holy Sonnets of John Donne performed by Peter Pears with the composer at the piano.

This special collection showcases the way in which the composer’s love of poetry formed a crucial basis for much of his choral and operatic music; inspired by poets such as Auden, Smart and Hopkins, Britten crafted their works into compelling narratives. His imaginative text setting and the artful melodies of works such as Rejoice in the Lamb, A Ceremony of Carols and the iconic War Requiem have captivated listeners throughout the 20th century and beyond. Among the world-class performers featured in the collection are Robert Tear, Janet Baker, Elisabeth Söderström and the Choir of King’s College, Cambridge.

Click here to find out more about the 7 CD collection.

The stamps are available from today.

As part of EMI Classics' commemoration of the great composer's cenetary, British tenor Ian Bostridge has recorded a programme of songs by Benjamin Britten - accompanied by Antonio Pappano, who has just released his new recording of Rossini's Petite Messe Solennelle. It will be released on April 22. Find out more here.

Brilliant recordings of Britten's chamber and instrumental works on 6 CDs

This 6 CD boxset features many recordings of great documentary value. Julian Bream, who inspired Britten to write it, plays the "Nocturnal after John Dowland" from 1963. Truls Mørk's recordings of Britten's solo cello suites won the Norwegian cellist a Grammy in 2002.

With ten albums dedicated to Britten scheduled for release in 2013, EMI Classics delve into their vast back-catalogues of music as well as presenting three brand new recordings put together especially for this important anniversary.

Forthcoming releases include The Rape of Lucretia, starring Angelika Kirchschlager, Peter Coleman-Wright and Ian Bostridge, conducted by Oliver Knussen. Recorded live in 2011 at the Aldeburgh Festival, which Benjamin Britten himself founded in 1948, this performance of the composer’s dark and intense chamber opera was a dazzling success.

EMI Classics present an album of Britten Songs, performed by tenor Ian Bostridge and accompanied by Antonio Pappano. The recording features songs including Winter Words, Michelangelo sonnets, Hölderlin Fragments and Songs from the Chinese, where the role of accompanist is taken by guitarist Xuefei Yang.

Pappano again pays tribute to Britten with a brand new recording of his famous War Requiem. Widely considered to be the composer’s crowning choral work, the piece was commissioned to mark the consecration of the new cathedral at Coventry after the Second World War. This new recording features a stellar line up of soloists, including Anna Netrebko and Ian Bostridge, alongside the Orchestra and Chorus of the Academy of Santa Cecilia. Pappano and the Orchestra of Santa Cecilia will perform the work at the 2013 Salzburg Festival. 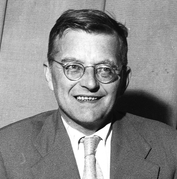