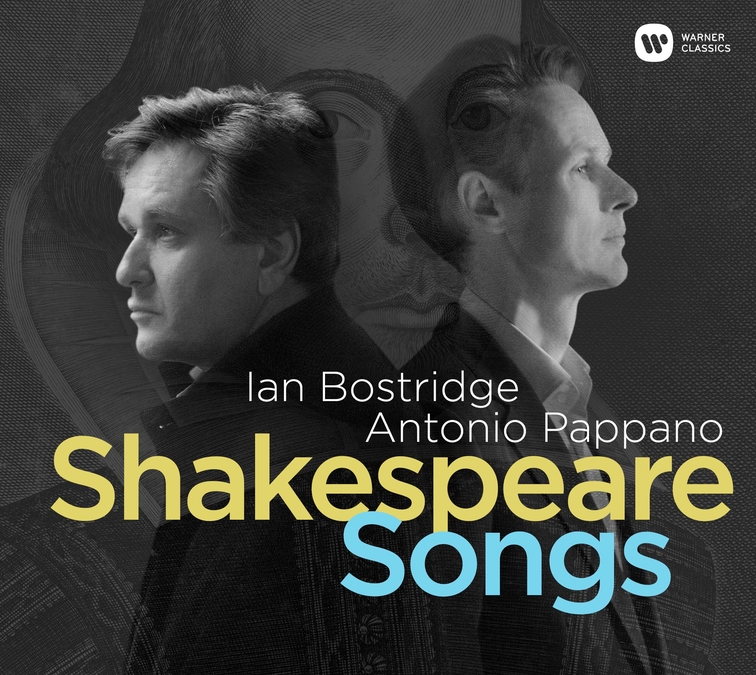 Grammy® Award winners Ian Bostridge and Sir Antonio Pappano have been working together on the stage and in the recording studio for over 20 years. Together they have produced award-winning recordings and played sold out concert halls all over the world to huge critical acclaim. Now

Grammy® Award winners Ian Bostridge and Sir Antonio Pappano have been working together on the stage and in the recording studio for over 20 years. Together they have produced award-winning recordings and played sold out concert halls all over the world to huge critical acclaim. Now they embark on a project marking the 400th anniversary of the death of William Shakespeare with a new album out in September. Shakespeare Songs celebrates the four centuries of music and performance that his plays and sonnets have inspired.

Shakespeare’s peerless feeling for the music of the English language has inspired countless composers, from those who set the Bard’s verse during his lifetime to musicians as diverse as Britten, Finzi, Korngold and Stravinsky. Ian Bostridge and Sir Antonio Pappano, together with four outstanding chamber musicians, delve into the rich Shakespeare legacy for this brand new recording, marking the playwright’s quarter-centenary with a delectable programme of works written for Jacobean productions, Restoration revivals and the modern concert hall. As guests Ian has invited his friends the lutenist Elizabeth Kenny, and for Stravinsky’s Three Songs flautist Adam Walker, violist Lawrence Power and clarinetist Michael Collins.

“Shakespeare has been a part of my life as a performer from the very start” says Ian Bostridge, “Britten's Midsummer Night's Dream and Ades's The Tempest have been milestones for me as a singer. It has been a great joy to rediscover the music in Shakespeare's incomparable texts and the music that has been written over the past four centuries to clothe them, from the simplest songs of his own contemporaries, through the melodic delights of the likes of Haydn, Britten and Finzi to the matchless complexity of the late Stravinsky. Working again with Tony Pappano has been a joy; and making my first recording with a long term musical partner, lutenist Liz Kenny, a particular pleasure.”