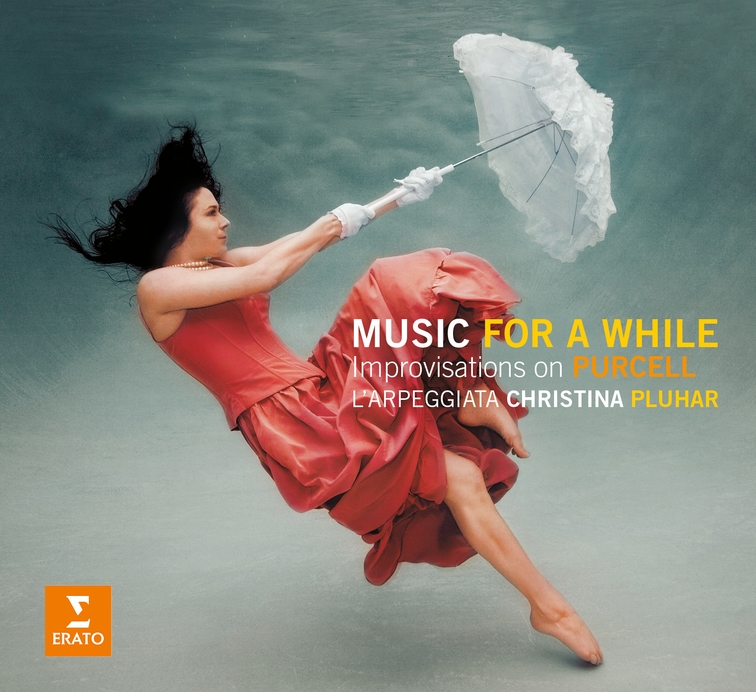 Music for a While - Improvisations on Purcell

Often considered England’s greatest composer, Purcell (1659-1695) represents an especially good match for the aesthetic of L’Arpeggiata: he made frequent use of the ground bass, a repeated (ostinato) figure in the lower line – the most famous instance of this occurs in Dido’s lament ‘When I am laid in earth’, the closing number from his opera Dido and Aeneas. The ground bass provides an ideal foundation for the brilliant, sometimes jazz-like improvisation that is the stock-in-trade of the L’Arpeggiata, here comprising singers, (plucked) strings, wind instruments, keyboard and percussion.

As the New York Times has written: “Just as the composers and ensembles that ply the indie path in new music combine structures and language from contemporary classical styles with gestures and timbres from pop and world music, L’Arpeggiata has lately been hopping through cultures and across centuries. The group uses modern pop vocal inflections and improvisational techniques from jazz in its performances of antique pieces ... Its audacious hybrids are driven principally by a fascination with reviving the Baroque art of ornamental extemporization and a curiosity about how contemporary improvisatory styles might be enlisted in that quest.” When L’Arpeggiata appeared at Carnegie Hall’s Zankel auditorium in 2012, the newspaper reported that: “Here a lean septet combined precision and poise with the intuitive flexibility of a jazz combo.”

The contemporary element in Music for a while (named after a song written for John Dryden’s play Oedipus) is exemplified by the contribution, on acoustic and electric guitar, of Austrian jazz-player Wolfgang Muthspiel, while the Baroque tradition is embodied in the celebrated French countertenor Dominique Visse, a singer who set an example for Philippe Jaroussky; Visse was a student of the pioneering British countertenor Alfred Deller (1912-1979), closely associated with the music of Purcell and the revival of interest in Baroque music.
In the course of 2014, Music for a while will be presented at concerts in Rome, Paris, Grenoble, Berlin, Ludwigsburg and London. When the Mediteraneo programme was presented in London in 2013, The Arts Desk reported that: “Perhaps the best bits of any L’Arpeggiata concert are the improvisations. Laying down a ground bass (a riff by any other name) the group then take it in turns to step forward for jazz-style breaks. Jazz might have come down to us via Africa but I defy anyone to hear a Purcell or Monteverdi ground and not trace the natural genealogy. Pluhar here makes her case without effort as we marvel at plucked bass and drums or – most impressive – a percussion solo for the finest wizard of percussion David Mayoral, giving us a single skin that can shriek, cry or sing according to the strokings of his fingers.”

In Germany, the Potsdamer Neueste Nachrichten described a concert given by L’Arpeggiata with Philippe Jaroussky as “a rare two-hour feast of music-making. For years, exulting in sound, [Christina Pluhar and L’Arpeggiata] have been demonstrating in the most persuasive way how fresh and timeless ‘old’ music can sound. Pluhar recognises no borders, no divisions between eras. For her, it is all music.”