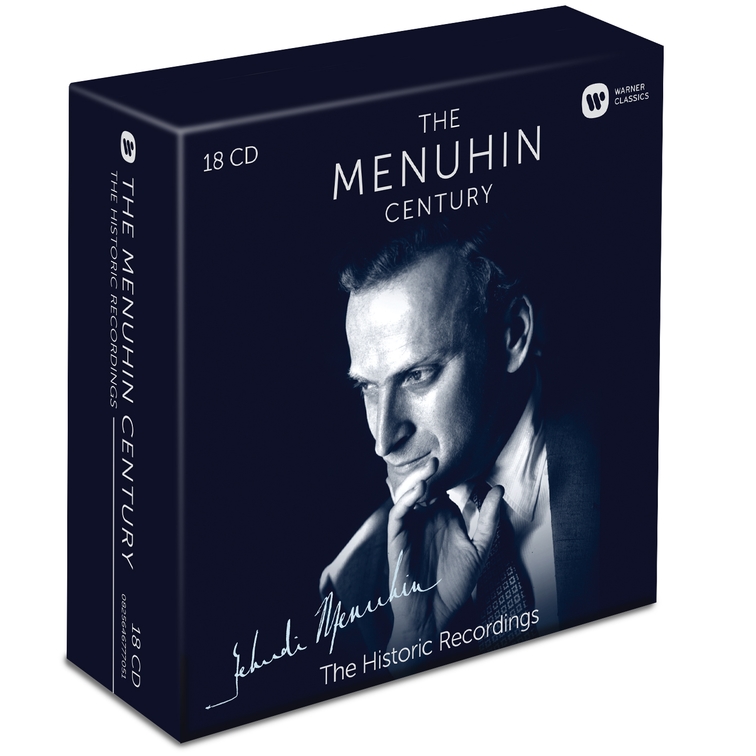 CD1
The collection opens with the landmark recording of the Elgar concerto that the 16-year-old violinist made at the new Abbey Road studios with the composer conducting. This is complemented by an unpublished recording of La Capricieuse.

CD2-3
Menuhin staked his claim on eternity with his pioneering recording of the complete Bach Sonatas and Partitas (1934-1936).

CD4-6
The young violinist’s encounter with George Enescu, one of the major musical figures of the time. These 3CD consist in their complete recordings together.

CD7
War and peace. Menuhin snatched the recently rediscovered Schumann concerto – which he described as the “missing link of the violin literature” – from under the Nazis’ noses. Then, in October 1944, just two months after the Liberation of Paris, he re-opened the Paris Opéra with Charles Munch, playing the Marseillaise and an extract from the Mendelssohn concerto, a work that had been forbidden during the Occupation. The entire radio broadcast of this emotion-laden concert is to be heard on this disc.

CD8
Menuhin in Moscow. Following an historic performance of Bach’s Double Concerto with another violinist of genius, David Oistrakh, comes an extraordinary recital in where he plays Nigun from Bloch’s Baal Shem – the piece was censored by Soviet radio.

CD9-11
Menuhin and Furtwängler. “Unless you have secret incriminating evidence against Furtwängler supporting your accusation that he was a tool of Nazi Party, I beg to take violent issue with your decision to ban him,” wrote Menuhin to General McClure. There is an unparalleled intensity to the musical encounter of violinist and conductor in the Beethoven concerto from Lucerne, making it one of the most memorable recordings in history. These 3CD consist in their complete official recordings together.

CD12-16
Menuhin as a figure of musical inspiration. Works written for him by Bartók, Bloch (“I’ve been his last performer, he’s been my first composer”), Frank Martin, William Walton, Paul Ben-Haim and many others. Also contains a recording of the Roy Harris’ Sonata discovered in Yehudi Menuhin personal archive.