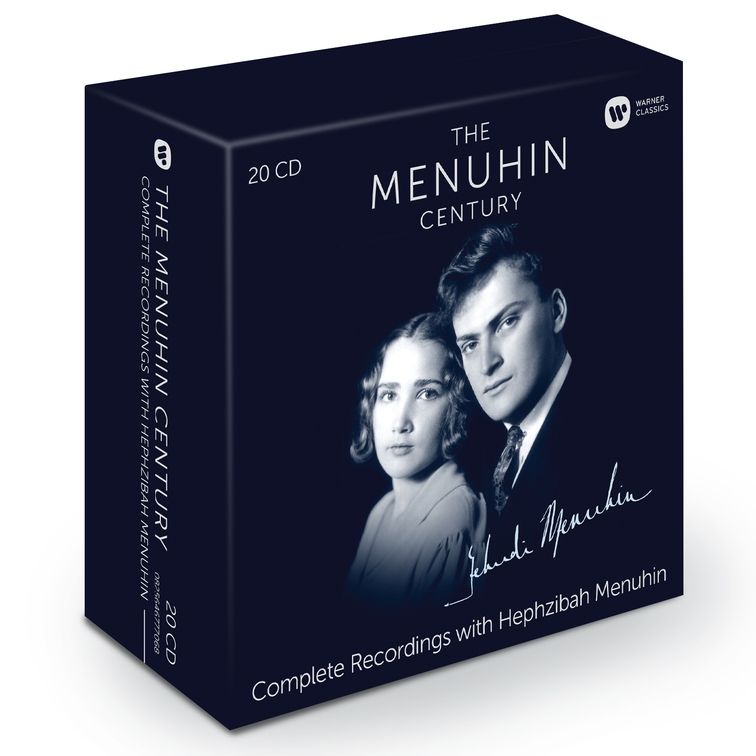 CD1
Mozart. Recordings from 1933 to 1978. Listen to the slow movement from the Mozart Sonata K.526, their very first recording. It brings tears to the eye – A miracle it is indeed! Never before or since has Mozart's music been played with such penetration, such mysterious understanding of its divine essence. Yehudi was eighteen, Hephzibah fourteen. That miracle was to last almost half a century.

CD2-19
In order of appearance: Beethoven, Brahms, Franck, Lekeu, Enescu, Pizzetti, Szymanowski, Bach, Schumann, Tchaikovsky, Schubert, Bartók, Mozart, Mendelssohn. A collection of recordings made between the 1930’s and the late 1970’s. Includes numerous premieres on CD: the Mozart Piano Quartet in G minor (from a concert given in Paris in 1976), Beethoven’s Piano Trio, op.70 no.2, the two versions of the Tchaikovsky Piano Trio and Mendelssohn’s Double Concerto. Others had never been issued in any format, or even edited: such was the case with the 1959 “remake” of the Mozart A major and the Schumann D minor Sonatas. Editing these performances half a century later, so as to be able to include them here, was nothing short of a heady experience. Others yet, also neither released nor edited, constitute major additions to the catalogue of Yehudi and Hephzibah Menuhin: Mozart’s Sonata, K379, and no less a work than Beethoven’s “Archduke” Trio.

CD20
Concert recordings added to their discography: Beethoven’s Piano Trio No.3 in C minor, which they performed at the 1959 Prades Festival with Pablo Casals, and two Mozartian encores given in Moscow in 1962: the finale of Sonata K.526 and the second movement of K.481 (a work they sadly never recorded anywhere else). Yehudi: “Hephzibah never aspired to an egocentric solo career … she would although have been perfectly capable of it”. Indeed, she had in her repertoire not only a plethora of Bach and Mozart concertos, but also those of Beethoven and Chopin, the two Brahms, and Bartók’s Second, whose Australian premiere she gave in the 1940s. We chose to include Beethoven’s No.3 in C minor, ideally played by Hephzibah, on this occasion “accompanied” by her brother at the helm of the Orchestre national de l’ORTF in Paris in 1965.
Read more