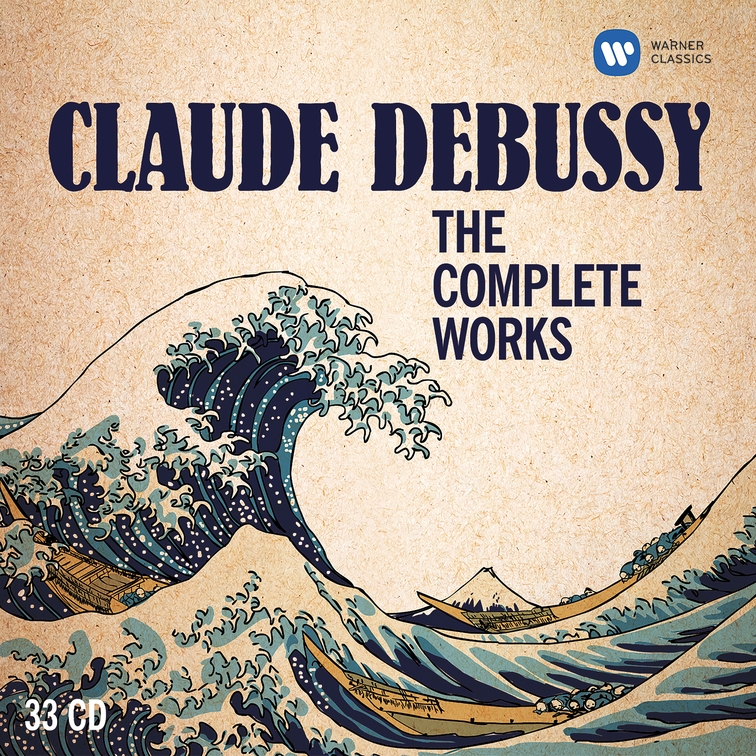 This 33-CD set stands as the most complete collection of recordings of Debussy’s music ever made: it comprises all his known works, including four pieces in world premiere recordings which were made especially for this edition. Compiled in collaboration with renowned Debussy expert Denis Herlin (

This 33-CD set stands as the most complete collection of recordings of Debussy’s music ever made: it comprises all his known works, including four pieces in world premiere recordings which were made especially for this edition. Compiled in collaboration with renowned Debussy expert Denis Herlin (responsible for several critical editions of Debussy’s music for Durand, the composer’s publisher), the box comprises recordings carefully chosen for their artistic quality and their authenticity of spirit. They span more than a century, even including recordings made by Debussy himself – he was a superb pianist. Many other distinguished names are among the performers, including a suitably impressive contingent from France.

'The Debussy centenary begins with a fanfare. Warner plumbs the depths of his entire oeuvre on 33 CDs: adding to the cult scores (and versions) a second half of rarities and never-before-recorded marvels. A gold mine!'-Diapason

‘Exhaustive, the sum of the crème de la crème of the discography...THE Debussy box set to have…No richer panorama exists for the melodies (the complete EMI recordings alongside never-before-released treasures unearthed by Denis Herlin for Ligia), the chicest Enfant prodigue (Alagna, Gauvin and Lapointe!), the only complete Martyre de saint Sébastien (Véra Korène in the title-role and Cluytens at the podium), the sole Rodrigue et Chimène in the discography (revived by Nagano), the cantatas for the Prix de Rome that made Hervé Niquet’s reputation, piles of transcriptions for piano and orchestra…’ -Diapason

'Presented chronologically within each genre, it's a scrupulously assembled and documented collection ... As a reference source it is invaluable, especially for tracking down some of the early songs or more obscure fragments of orchestral music... To have all these rarities as well as the masterpieces available in a single package makes it a very satisfying survey.' -The Guardian

‘Two big rival boxes of Debussy CDs have appeared: both are labelled Complete Works, but Warner Classics boasts 33 discs and Deutsche Grammophon a mere 22. Warner’s includes all the extant transcriptions and arrangements alongside the masterpieces, and a thorough exploration of the composer’s very early work which has uncovered two premieres, the Chanson des brises (1882) afor soprano, women’s choir and piano, and Diane au bois, a tantalising, fragmentary mini opera of 1885-7.’ -The Observer ‘The label Warner Classics in January released the first compilation of Debussy’s complete works, a 33-CD set that includes four premiere recordings of vocal music.’-The New York Times

'Hearing him play his own music, even via the old school player piano, is a fitting way to celebrate a singular artist whose influence and inspiration are still very much alive.' -NPR Deceptive Cadence