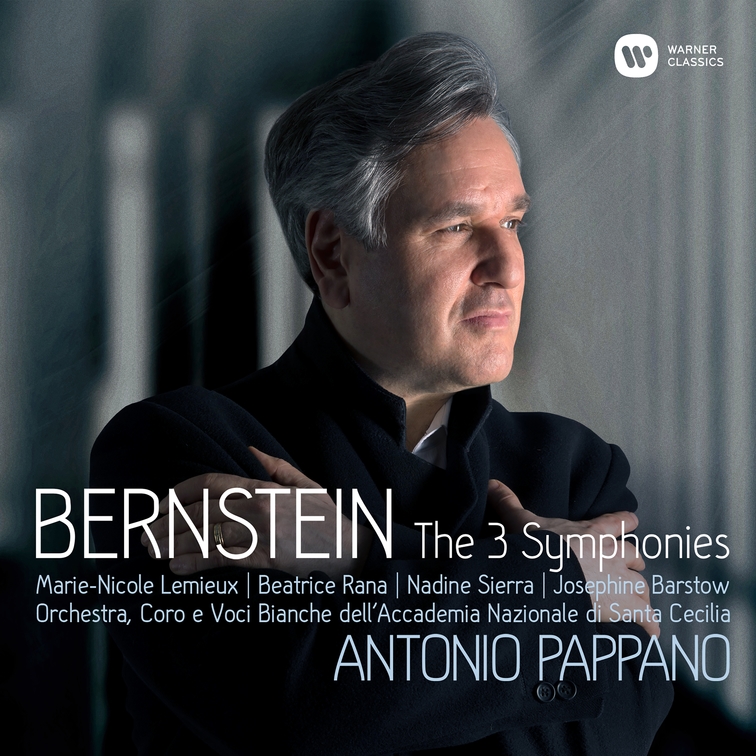 GRAMOPHONE RECORDING OF THE MONTH 'There’s something of Bernstein’s dynamism and eclectic, all-embracing nature in the person of Antonio Pappano whose penchant for, and love of, jazz for starters ticks one of the many boxes that this music demands.

GRAMOPHONE RECORDING OF THE MONTH 'There’s something of Bernstein’s dynamism and eclectic, all-embracing nature in the person of Antonio Pappano whose penchant for, and love of, jazz for starters ticks one of the many boxes that this music demands.

'Pappano’s choice of the audacious young Italian pianist Beatrice Rana – a rising star if ever there was one – is right on the money. She has the razzle-dazzle in spades, of course, but it is the mercurial throwaway manner (cool, and then some, the jazzy ‘Masque’ at the heart of the piece brilliantly on point) that really excites. That and her ability suddenly to look inwards and to thoughtfully reflect on what is past and what is to come. She and Pappano communicate great kinship in the piece and that inexorable build to the cathartic peroration has impressive inevitability.'

Warner Classics is honouring Bernstein with live recordings, made in Rome in February 2018, of his three symphonies and his Prelude, Fugue and Riffs. Sir Antonio Pappano conducts the Orchestra dell’Accademia Nazionale di Santa Cecilia and the soloists are pianist Beatrice Rana, mezzo-soprano Marie-Nicole Lemieux, soprano Nadine Sierra and narrator Dame Josephine Barstow. Bernstein, who died in 1990, was one of the defining forces in 20th-century music, not only as the first great American-born conductor and as a charismatic communicator, but as a composer who represents the cultural ‘melting pot’ of the USA.

His three symphonies are: No 1, ‘Jeremiah’, premiered in 1944; No 2, ‘The Age of Anxiety’ (1949) and No 3, ‘Kaddish’ (1963). They show Bernstein assimilating a diversity of influences, such as the composers Mahler, Shostakovich and Aaron Copland (Bernstein’s American-born mentor), jazz and Latin music (idioms which are driving forces in West Side Story, his all-conquering Broadway musical of 1961), his Jewish heritage.

Bernstein had a long association with the Orchestra dell’Accademia Nazionale di Santa Cecilia. He first conducted the orchestra in 1948 and from 1983 to 1990 served as its Honorary President. Sir Antonio Pappano, who has been music director of the Roman ensemble since 2005, was born in England but spent his formative years in the USA. At the Tanglewood Music Center in Massachusetts he watched Bernstein teaching young conductors and later, in the mid-1980s, met the great maestro, who was interviewing potential musical assistants for a recording project with the Accademia di Santa Cecilia.