Conductor, pianist and composer born in 1990. She graduated in Piano in 2010 at the Conservatory of Siena and made her symphonic début in 2012.

Up to now, she has led several orchestras both in Italy and abroad, including: the Orchestra I Pomeriggi Musicali di Milano, the Orchestra della

Conductor, pianist and composer born in 1990. She graduated in Piano in 2010 at the Conservatory of Siena and made her symphonic début in 2012.

Over the years, she has worked on several renowned festivals, including the New European Festival of Stuttgart and the Bellagio and Lago di Como Festival. In 2014, she held the opening concert of the 50th edition of the Pontino Festival of contemporary music, and in May 2015, she worked at the Maggio Musicale Fiorentino in Florence with M° John Axelrod, of whom she’s been assistant for the production of Leonard Bernstein’s “Candide”.

She performed with the “Nuova Orchestra Scarlatti”, the former RAI orchestra of Naples, for the first time in November 2014: it was love at first sight from both sides. Many other concerts followed with the various ensembles of the Scarlatti Orchestra, and then in 2016 she was also appointed Principal Conductor of the “Orchestra Scarlatti Young”, established in 2015 in the heart of the senior orchestra.

It was love at first sight again recently after she took part in the Aram Khachaturian Conducting Competition, in June 2016 in Yerevan. After the very first round she was approached by the artistic director of the orchestra, who offered to appoint her as Assistant Conductor of the Armenian State  Symphony Orchestra; Beatrice accepted.

In summer 2016 she debuted at the Puccini Festival in Torre del Lago with Ferruccio Busoni’s opera, “Turandot”.

In 2017 she debuted at the Al Bustan Festival in Beirut and at the State Opera House of Georgia, furthermore with the Orchestra della Toscana, the Ukrainian Radio Symphony Orchestra and the Classical Orchestra of Madeira.

Beatrice Venezi was on stage at the 63rd Puccini Festival in July 2017 to conduct “La Rondine” on its 100th anniversary, being appointed Principal Guest Conductor of the Puccini Festival.

In July 2018, in Lucca, the birthplace of Giacomo Puccini, on the open-air stage of the Lucca Summer Festival - one of the major festivals for pop and rock music in Italy - she created the Puccini Day, a concert for nearly 5000 people dedicated to the Maestro for his 160th anniversary, so to show that “classical rocks”.

In 2019 she debuted in Argentina at the Teatro del Libertador San Martín with the Orquesta Sinfónica de Córdoba, in Canada at Casa Loma with the Toronto Concert Orchestra, at the Fondazione Pergolesi-Spontini in Jesi, with the New Japan Philharmonic at the Triphony Hall in Tokyo and she was appointed Principal Conductor of the Orchestra Milano Classica.

She is always on the front lines to help young people discover classical music (she is also the Principal Conductor of the “Orchestra Scarlatti Young”), helping with initiatives in collaboration with key artists from different musical genres, for example her dialogue with Rocco Hunt at the MTV Digital Days.

The social dimension of her music has an important message of open-mindedness and innovation. Thanks to her career in the world’s major theatres, including in very conservative countries where Beatrice was the first woman on the stage to receive admiration from the public in that role, she gained respect from her audience for her commitment towards eradicating all discrimination towards women. 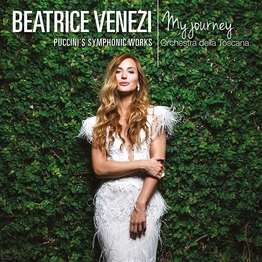