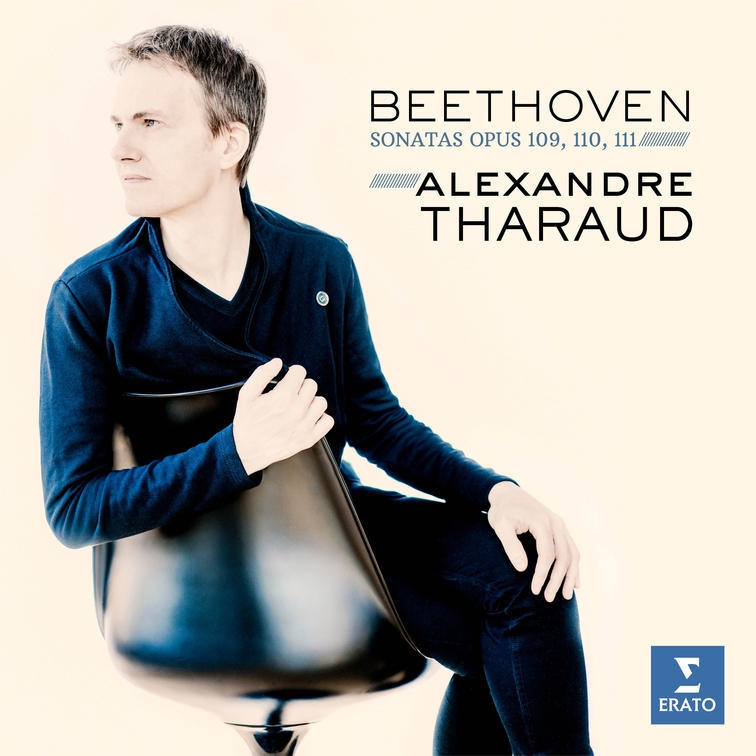 For his first album devoted entirely to Beethoven, Alexandre Tharaud has chosen the composer’s last three sonatas: No 30 in E major, op 109; No 31 in A flat major op 110 and No 32 in C minor op 111. As the French pianist says: “I waited a long time before recording this Everest of Romantic music.

For his first album devoted entirely to Beethoven, Alexandre Tharaud has chosen the composer’s last three sonatas: No 30 in E major, op 109; No 31 in A flat major op 110 and No 32 in C minor op 111. As the French pianist says: “I waited a long time before recording this Everest of Romantic music.”

These formidable works were composed between 1820 and 1822, shortly before the 9th Symphony, and belong to the ‘late period’ that produced such mighty landmarks as the Hammerklavier Sonata, the Diabelli Variations and the Missa solemnis. As the Beethoven expert Elisabeth Brisson writes in the booklet for this album: “This last group of sonatas had a three-fold purpose: didactic, spiritual and promotional. Beethoven had to keep on offering new works to different publishers in order to earn a living, but he was also motivated by the desire to exhort future pianists to aspire to ever greater heights by writing music for them that exuded a lofty spirituality.”

Alexandre Tharaud explains that: “With his last three sonatas Beethoven brought his catalogue of piano works to an end, but when I open the scores, I sense the piano-writing becoming more creative with every line, as if the composer were inventing the piano of the future. It feels as though this is a brand-new Beethoven.

“These three sonatas were conceived together … Each leads to the other. In the last few years of his life, Beethoven focused on the essentials, making some very intimate statements that are not always easy to convey in performance. At the same time, what we have in these works is a huge opera with lots of different roles, different characters and different sonorities. Beethoven was thinking in orchestral terms, and the piano becomes the strings, the woodwind or the timpani. You can be taken from a moment of incredible violence to a small-scale scene, a little duet between two characters – that is what happens in op109, for example. And when you play the end of op 111, you live the experience. In other words, in the final pages of Beethoven’s final work, you really get the impression that he is no longer there, that he has taken the first step into a world that we do not know.”

Elisabeth Brisson sums up the three final sonatas as “the ultimate entrée into the world of Beethoven, allowing us to hear and sense what this world shares with the universal aspects of the human condition. The E major sonata’s experimentation with the concept of time conveys a sense of accepting one’s lot while living entirely in the present. The A flat major sonata suggests personal tragedy overcome by the triumph of a creative will. And finally, the ecstasy attained by the C minor Sonata allows us to catch a glimpse of eternity experienced in a single moment.”

As Alexandre Tharaud adds: “We must remember that Beethoven never heard these pieces He wrote them at the keyboard but, by this point he was deaf. Both performers and listeners need to remember this. How do we play the music of one of history’s greatest composers without knowing what he heard inside his head? But to play this music is to enter into Beethoven’s immense mind … It is a matter of finding new colours, the kind of sounds that you hear when you have a high fever, the sounds of dreams and of nightmares – beyond the frame of human reference … I believe that Beethoven’s late works are the most exciting for an audience to experience.”