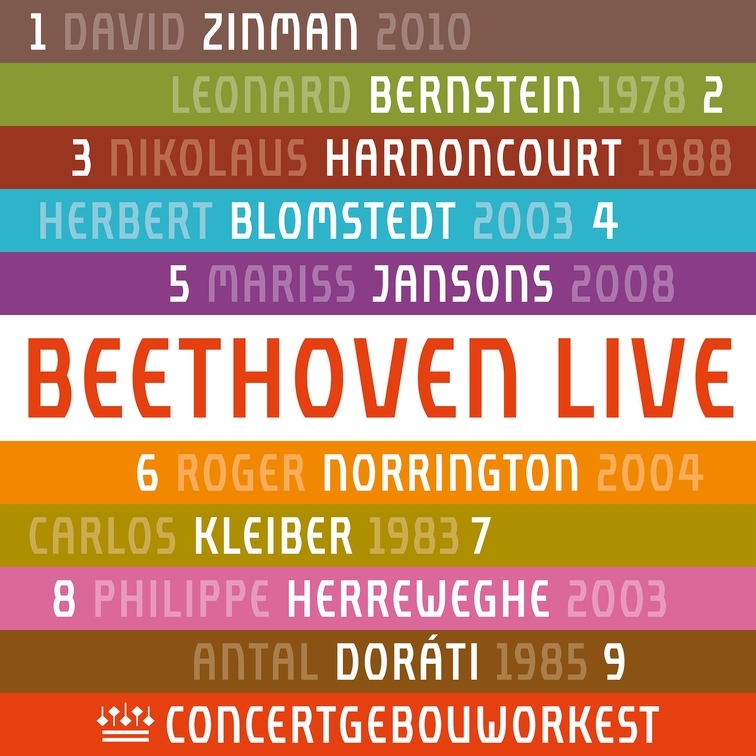 Ludwig van Beethoven's nine symphonies are the core repertoire of virtually every orchestra in the world and the Concertgebouworkest is no exception. Until the 1960s the Beethoven tradition of the Concertgebouworkest meant yearly symphony cycles that closed concert seasons. Later on Beethoven symphonies were mainly programmed one at a time, with a different (guest) conductors. Featuring mainly unreleased recordings, this box set offers the finest recorded Concertgebouworkest live performances of the nine symphonies since the 1970s. With a variety of conductors, from Leonard Bernstein to Nikolaus Harnoncourt it demonstrates the orchestra's incredible versatility.