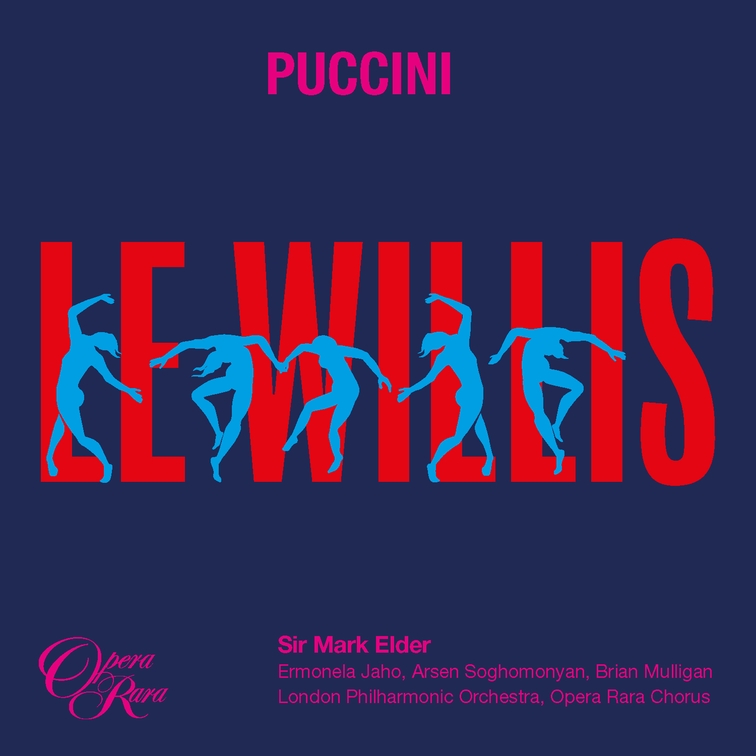 Inspired by French novelist Jean-Baptiste Alphonse Karr's short story, Les Willis – which is based on the legend of the Vila who appear in the ballet Giselle – was written for a competition of one-act operas promoted by the music publisher Sonzogno in 1883. While Puccini’s work did not even earn an honourable mention, his supporters helped fund its first production at Milan’s Teatro Dal Verme the following year. The production won the 24-year-old composer – already hailed as Verdi’s successor – a contract with Ricordi, Italy’s leading publisher. At Ricordi’s request, Puccini set about revising the work, creating a two-act version (subsequently named Le Villi) with additional arias for the soprano and tenor; and, while the original one-act version never saw the light of day, this two-act version is the form in which the opera has been performed ever since.

Opera Rara’s revival of Le Willis is based on Ricordi's new critical edition of the original version, reconstructed by musicologist Martin Deasy. Of the Royal Festival Hall performance in November 2018, The Daily Telegraph said: “Opera Rara's splendid concert allowed us to hear this novelty in its original form for the first time in 134 years, and it proved a winner... Ermonela Jaho gave her all, drawing on vocal reserves belied by her ballerina figure. Arsen Soghomonyan - in his UK debut - revealed a warm, mellifluous tenor as the faithless Roberto.”

The brain-child of Patric Schmid and Don White, Opera Rara in 2020 celebrates 50 years of bringing back forgotten operatic repertoire: not only the Italian bel canto repertory for which it is best known but also French grand opera of the same period, French operetta and Italian verismo. Sir Mark and Opera Rara have revived twelve operas of which three – Offenbach’s Fantasio, Donizetti’s Les Martyrs and Rossini’s Semiramide – were awarded International Opera Awards for best CD (complete opera) in 2015, 2016 and 2019. Sir Mark's final recording as Opera Rara’s Artistic Director will be Donizetti’s Il Paria which, following this year's world première release of L’Ange de Nisida, will mark the company's 26th complete opera recording by the composer and is for release in spring 2020. Il Paria was recorded in the studio starring Albina Shagimuratova – Opera Rara’s Semiramide – as Neala, René Barbera, Misha Kiria, Marko Mimica and Britten Sinfonia, prior to a concert performance at the Barbican this summer. Opera Rara’s 50th anniversary year will also include their first project with newly appointed Artistic Director Carlo Rizzi who starts his tenure from September this year.