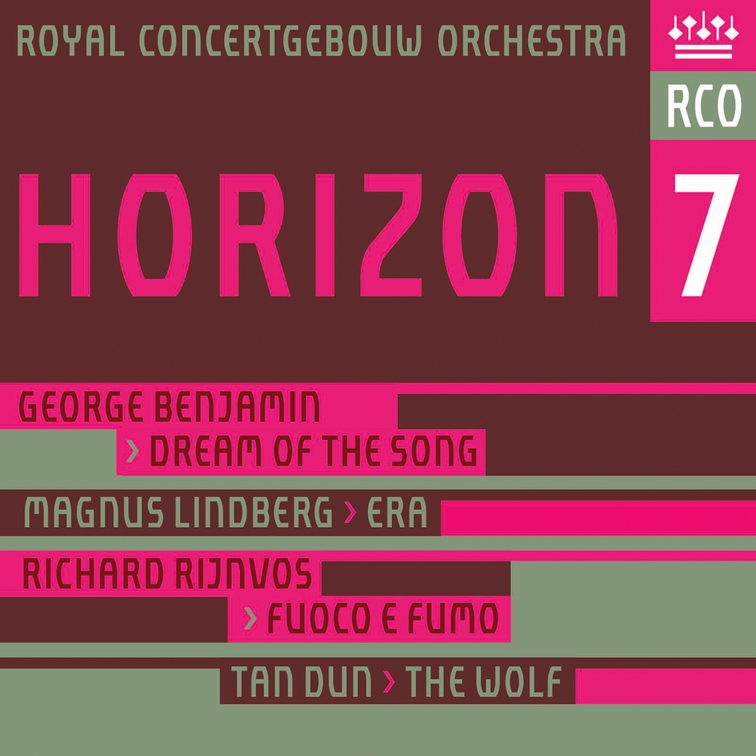 The seventh release in RCO Live's Horizon series features world premieres recorded during three concert seasons. Magnus Lindberg's sumptuous Era – a birthday present from the Concertgebouw to the Royal Concertgebouw Orchestra - dates from the 2012-2013 season. Both Tan Dun's catching double bass concerto The Wolf and Richard Rijnvos's fuoco e fumo about the 1996 destruction by fire of the Venetian opera house La Fenice, are from 2015. The program opens with a recording made in September 2015, when composer George Benjamin himself conducted his beautiful song cycle Dream of the Song.