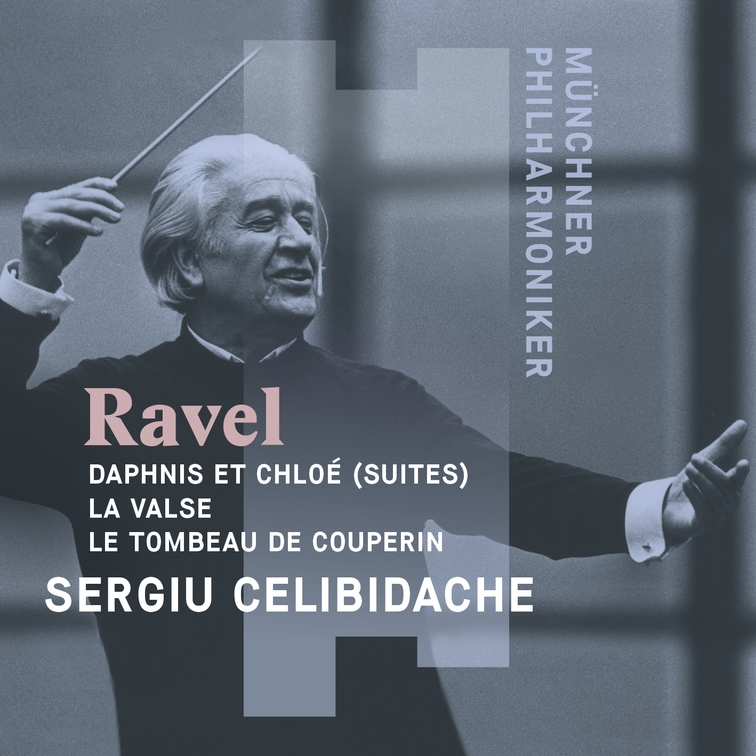 On their recently launched label MPHIL, the Munich Philharmonic is opening up its vast archives, giving listeners the opportunity to enjoy one of the richest collections of recordings by legendary artists. Because of the Celibidache era and its part in forming the core essence of the orchestra, this first MPHIL physical archive release consists of two recordings under the baton of Maestro Celibidache.

Maurice Ravel is an undisputed part of Sergiu Celibidache’s core repertoire as well as historically that of the Munich Philharmonic. The history of the orchestra is inextricably linked to the composer and his work. Ravel is known for his musical harmony and subtle tonal colours.

He demonstrates his artful skills in instrumentation masterfully with Daphnis et Chloé making use of a large orchestra with an extended woodwind ensemble as well as rich percussion. His focus lies not within new sound or complex combination but clear contours interchanging with differentiating solos.