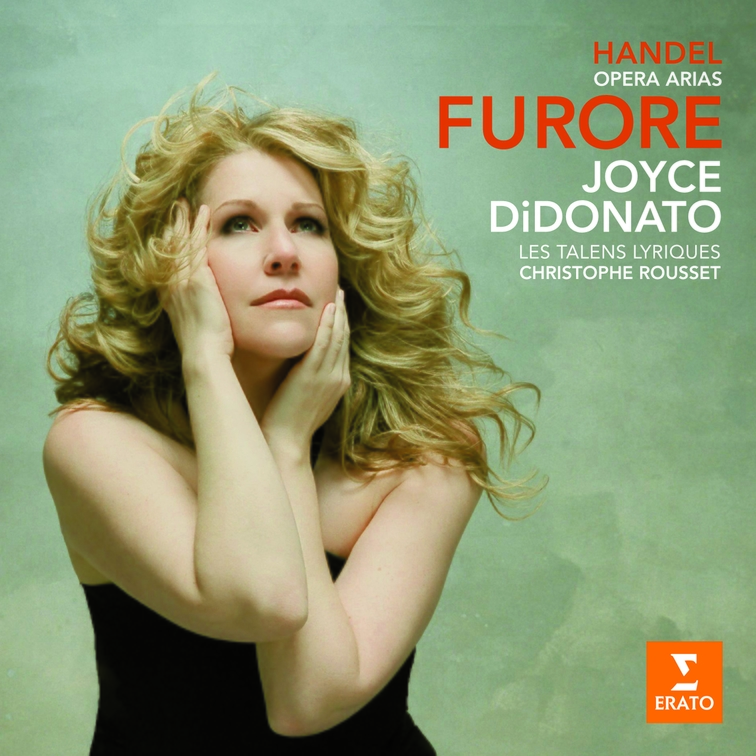 Over the past five years DiDonato has enjoyed an uninterrupted series of triumphs as an opera singer and recitalist in Europe and the USA. As the Metropolitan Opera Guild’s magazine Opera News wrote: ‘The buoyant progress of DiDonato’s career... has been one of the happiest opera events

Over the past five years DiDonato has enjoyed an uninterrupted series of triumphs as an opera singer and recitalist in Europe and the USA. As the Metropolitan Opera Guild’s magazine Opera News wrote: ‘The buoyant progress of DiDonato’s career... has been one of the happiest opera events of the past decade’.

At the heart of her stage repertoire are Handel, Mozart and Rossini, though it also embraces Donizetti, Bellini, Massenet, Strauss and modern works, such as Jake Heggie’s Dead Man Walking. Her signature role is probably Rosina in Il barbiere di Siviglia, which has taken her to New York’s Metropolitan, the Chicago Lyric, the Paris Opéra, London’s Royal Opera, Amsterdam, Tokyo, Houston, San Francisco, Bologna and Rossini’s birthplace, Pesaro. For her Met performances of Rosina in 2007, broadcast across the USA on HDTV, she received the prestigious Beverly Sills Award.

This recital of Handel arias with Christophe Rousset and Les Talens Lyriques was recorded at concert performances in April 2008 at Brussels’ Théâtre de la Monnaie. Reporting on the concert, Forum Opéra said: “The mezzo takes this repertoire seriously and she has the means to deliver on her promises … as she demonstrated in dazzling, often intoxicating fashion. The flexibility of her instrument is amazing; and as if her true, vital coloratura and her exemplary legato were not enough in themselves, she brings all her resources to bear on sculpting the music, throwing out brilliant top notes, venturing powerful crescendos and raising the stakes in virtuosity. She both surprises and delights …”

A highlight of the programme is Dejanira’s climactic scene from Hercules. DiDonato’s stage performance as Hercules’ wife at London’s Barbican, with William Christie and Les Arts Florissants (in a production also seen in France and the US), earned her a nomination for a Laurence Olivier Award. The Guardian commented that: ‘Joyce DiDonato gives the performance of a lifetime, hurling out coloratura with the fury of a psychopath before descending into insanity’. In late 2007 she assumed two Handel title roles: Alcina and, at the Geneva Opera, Ariodante, prompting Le Figaro to praise the “moving perfection of her line and her singing, which conveys the emotions of the betrayed lover and does justice to all the colours in the music.”

“When given the treasured opportunity to record my first solo aria disc, I knew immediately that I wanted it to be dedicated to the works of Handel, for his music and his characters offer me the chance to take a profoundly emotional journey: nothing can remain on the surface – he constantly invites you to delve deeper. I thought it worthwhile to explore some of these rich, complicated, often lost characters to whom he devoted so much creative energy, to examine their psyches – searching for the reasons for their fury or despair – and to find their humanity. Fortunately, this is what Handel excelled at: eliciting the vulnerable, human side of these characters as they are often pushed into tragic circumstances. I'm constantly astonished to discover time and again how much beauty he finds in our suffering, how he gives melodic flight to such tragedy and such fire to their fury.” Joyce DiDonato